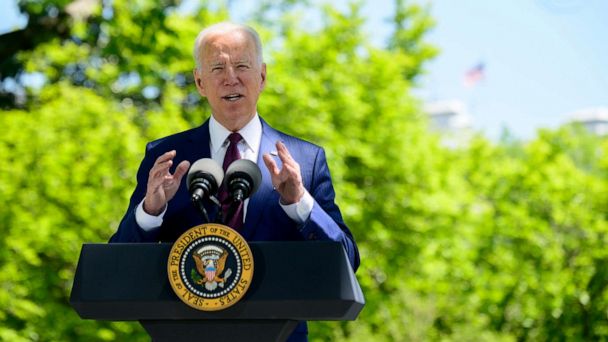 President Joe Biden is setting new goals for vaccinations in America, calling for 70% of the U.S. adult population to have at least one shot, and 160 million Americans to be fully vaccinated, by July 4.

The Centers for Disease Control and Prevention reported that, as of Tuesday, 105 million Americans are fully vaccinated, while 147 million have had at least one dose.

"To hit 70% of adults by July, 4, you need to deliver close to 100 million doses, shots, across the next 60 days or so. Some first shots, many second shots, over the next 60 days," a senior administration official estimated on a call with reporters Tuesday shortly before Biden was set to speak.

Over the past 60 days, about 153 million doses have been distributed, so the new goal would represent a significant slowdown.

In the past, the administration has set goals that some public health experts have criticized as being low targets.