A major decline in revenue forced the Big Fresno Fair board and state officials to make difficult decisions.
KFSN 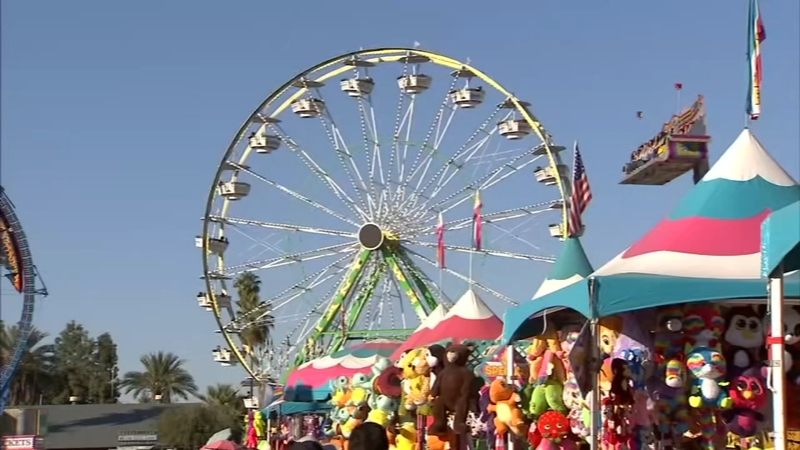 FRESNO, Calif. (KFSN) -- The Big Fresno Fair has laid off its 26 full-time employees after being hit by financial difficulties due to the COVID-19 pandemic.

A major decline in revenue forced the fair's board and state officials to make difficult decisions, including the layoffs.

Fair officials say the move is proactive but needs to be done to keep finances sound.

But it's been a painful one since all 26 full-time employees received layoff notices that take effect on December 16th.

The fair managers say much of their financial well being is dependent on all the events that are held year-round at the fairgrounds.

The recent drive-thru eats event was a big hit -- but nowhere near the moneymaker the fair usually is.

And while some things, like entertainment and food, was much the same, the bottom line was not.

"While our drive-thru eats was extremely successful and we were so grateful to the community that came out to support us, that celebrated the fair - it's no comparison to having the revenue of the normal fair," says Deputy fair manager Lauri King.

The deputy fair managers say the layoffs, effective December 16th, were a prudent step that needed to be taken.

"In August we started looking forward and projecting and that's when we had to put layoff plans into play so that we could be ready for the future. And able to continue operations at some level," says deputy fair manager Stacy Rianda.

The Big Fresno Fair is certainly the marquee event for the fairgrounds but they also rely on revenue from events held at the venues the rest of the year.

Nearly all of those events came to an abrupt end once the pandemic began in March.

Patrick Marchese is ready to showcase barbecues this weekend at the Fall Home Improvement show held at the fairgrounds. But he isn't expecting the normal foot traffic since attendance will be limited.

"I believe there's less exhibitors because there had to be more spacing. So that's understandable. Honestly, the weather in Fresno could not be better this weekend so we have that going for us. I think everyone's been sitting at home bored as can be. I'm hoping for a similar turnout," says Marchese.

The return of some events like the home show and weekly flea market is helping bring in some revenue. But the future remains uncertain, especially since the pandemic shows no signs of ending.