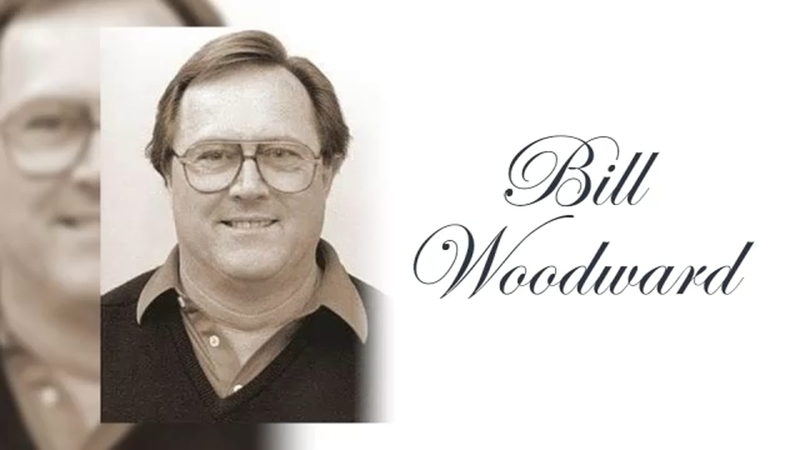 FRESNO, Calif. (KFSN) -- Bill Woodward, a legendary Fresno radio announcer known as 'The Voice of the Bulldogs,' has died.

Starting in 1972, he was the play-by-play broadcaster for Bulldog football, basketball and baseball, calling more than 2,000 Fresno State events.

He was there for some of Fresno State's greatest moments.

"I'll never forget 1988 -- Fresno State is in the College World Series, you're hearing Bill Woodward from Omaha on these calls and it's like, 'Fresno State is a really big deal.'" says Fresno State broadcaster Paul Loeffler.

"He loved the Bulldogs, probably loyal to a fault with the referees and this and that, but he was a total homer for sure," says Dave Severns, who worked with Woodward from 1999-2008.

Severns and Woodward were there to document Jerry Tarkanian's final days in Selland arena and called the first game inside the new Save Mart Center.

After 37 years and countless memories, in November of 2008, standing next to Jim Sweeney, Bill Woodward was honored for a career dedicated to the Bulldogs.

"it really hasn't sunk in yet but when it does it's going to be sad because it's been a big part of my life for a long time."
Report a correction or typo
Related topics:
societyfresnoobituaryfresno state bulldogs
Copyright © 2022 KFSN-TV. All Rights Reserved.
TOP STORIES
1 killed, multiple hospitalized after fiery crash in Merced Co.: CHP
Madera parents plead guilty in death of 2-year-old Thaddeus Sran
50 migrants die after 18-wheeler abandoned in Texas heat
Witness: Trump grabbed steering wheel, demanded to go to Capitol
4 dead, 150 injured after Amtrak train derails in Missouri
Fresno's food truck community comes together to support Planet Vegan
'Safe and sane' fireworks officially on sale in Valley
Show More
Legislators moving forward with audit of CSU system
37 pounds of pills believed to be fentanyl found in Merced County: CHP
Why you should pay down your credit cards right now
Valley father drowns while swimming in Fresno County pond
Epstein associate Ghislaine Maxwell sentenced to 20 years in prison
More TOP STORIES News