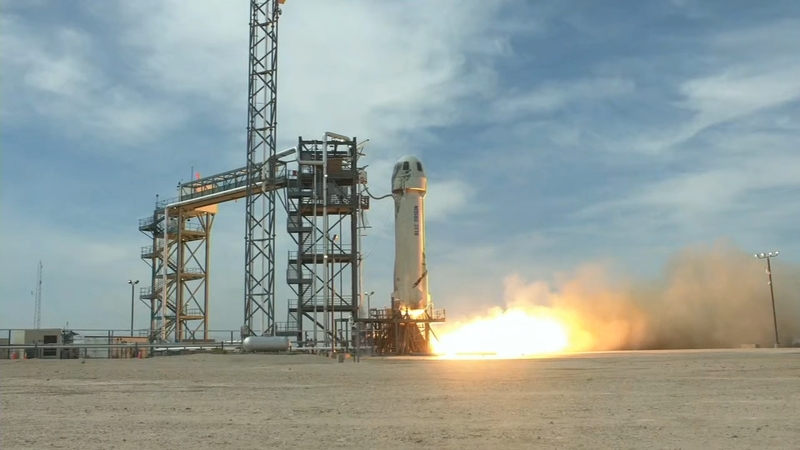 Mission NS-15 was slightly delayed but eventually launched without any big hitches from the Blue Origin facility north of Van Horn, Texas. A planned hold was performed less than a half-hour before the scheduled launch while stand-in astronauts tested capsule entry and communications.

While the stand-in astronauts cleared the craft, the NS-15 capsule was not empty once it launched.

"Mannequin Skywalker" is on board along with more than 25,000 postcards from a non-profit group dedicated to inspiring youth to pursue science, technology, engineering and mathematics careers. The mannequin has been used in previous tests by the company.

The capsule separated from the rocket moments after launch, and a trio of parachutes aided in its return to the surface after the rocket landed in a control descent nearby.

The launch was the first since NS-14 took off in January, spending a little more than 10 minutes in the air and reaching an altitude of 350,000 feet.

The launches are part of Blue Origin's plans to send crews into space.
The capsule features six seats, according to NASA Spaceflight.

The mission is the latest in a series of plans from Bezos, who revealed in 2019 a project to colonize the moon.

"We're going to build a road to space," Bezos said at the time, adding that he doesn't know how the colonies would be built but there are "certain gates, certain precursors" that would need to be established to ultimately meet that goal and Blue Origin was going to lead the way.