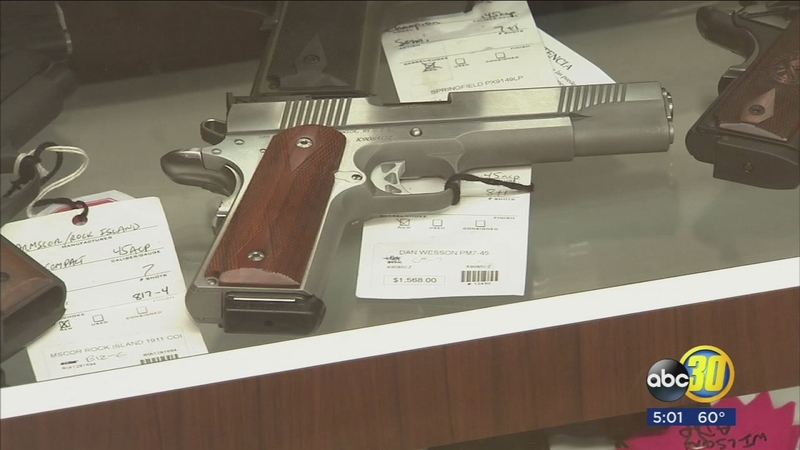 FRESNO, Calif. (KFSN) -- The video from a neighbor's security camera shows the suspect getting out of a red Jeep Patriot, he later returns, police say with a duffle bag full of stolen items, including six firearms.

Investigators believe the burglars had been driving around this neighborhood in Southeast Fresno, near Armstrong and California, until they found a house they could break into. They ended up taking three pistols, three rifles along with electronics and other items.

"When firearms get in the hands of the wrong people it poses problems for all of us in society, it's the safety of citizens and officers, those guns being utilized in drive-by shootings by gang members," said Jerry Dyer.

Fresno has seen a rash of gun thefts. In October, 50 weapons were stolen from a gun store, and another 31 were taken in various home break-ins.

Statistics from the Center for American Progress shows 690 guns were reported stolen from gun shops in California last year. It is estimated an average of 8,000 a year are stolen from California homes.

Fresno Police are enforcing security regulations at gun shops, but cannot do much about homes where most guns are taken.

"What we don't have the ability to do is regulate residential areas, where we want people to secure their firearms."

"First of all you want to get a good sized safe, something that's heavy, we always recommend something at least five hundred pounds," said Williams.