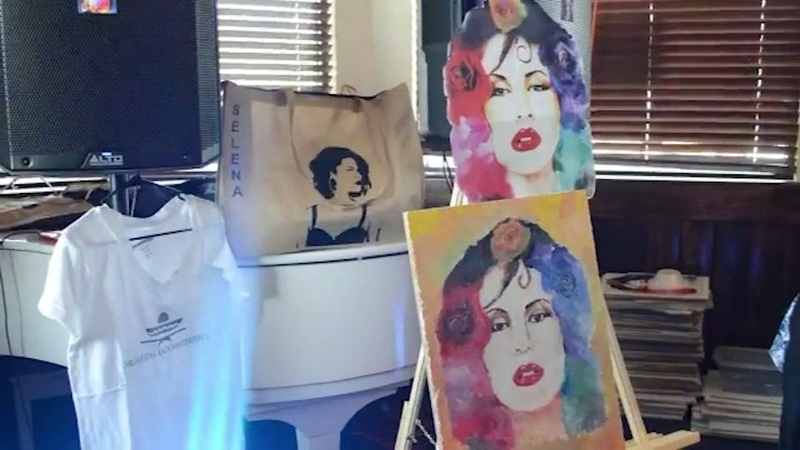 FRESNO, Calif. (KFSN) -- Over the last decade, minority-owned businesses accounted for more than 50 percent of the two million new businesses in the country, according to the US Senate Committee on Small Businesses and Entrepreneurship.

After years of sharing his musical talents performing Mariachi songs across Los Angeles, Albee Sanchez took a risk and pursued his dream of becoming his own boss.

"All of the money I had at the time, went into this. Everything. So, failure was not an option," Sanchez said.
He initially started a wine and painting business in Fresno called Margaritas and Masterpieces, but the pandemic forced him to permanently close that venture and reinvent.

"It allows me to reach out to a younger generation to show them about people who may have influenced who they are today and they didn't even know it. You know, like Frida Kahlo was such a feminist for example. There's a lot of stories there and struggles that I feel are worth sharing, whether you're Hispanic or not, it's something that people can relate to."

Out of all midsized metropolitan areas, Fresno has the 5th highest percentage of minority-owned startups, according to a new report from Self Financial, a financial technology company that helps people build credit.

Tara Lynn Gray, the CEO of the Fresno Metro Black Chamber of Commerce, says there are several contributing factors.
"More than 50 percent of the population in the city classified themselves as other than Caucasian," said Gray. "And then, of course, there's COVID. There are a lot of frontline folks and lower-paying wage earners that have lost their jobs. And, one of the quickest ways to create income is through necessity entrepreneurship."

Minority entrepreneurs are on the rise but many face structural barriers, such as access to capital.

"Black businesses have been devastated. We, pre-pandemic, were in the lowest performing groups when you think about revenues, number of employees, contract size," said Gray.

In an effort to overcome those challenges, there are business organizations that provide guidance for entrepreneurs and to expand their ventures.

"We are responsible for betting big on small businesses owned by women and people of color, and we are really looking forward to helping to jumpstart some of those businesses," she said.
Some Resources: