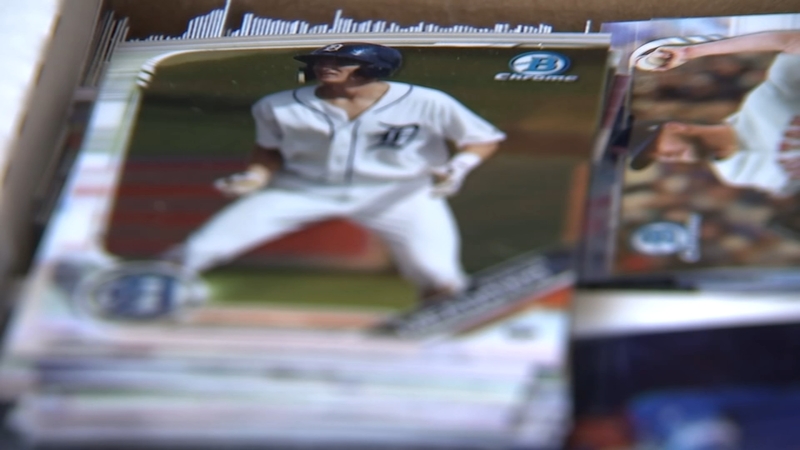 FRESNO, Calif. (KFSN) -- A young baseball fan whose trading card collection was destroyed in the Creek Fire got all her cards replaced and a few more to add to her collection.

Kevin Ashford of San Jose saw nine-year-old Reese Osterberg's story and contacted CAL FIRE and California Highway Patrol officials who collected new cards for her and her friends through the Step Up The Plate campaign.

Ashford contributed his own donation of some 25,000 baseball cards.

On Tuesday, the group made the trip to the Bay Area to pick up the full sets, dating back to the late '90s.

Ashford said when he heard Reese's home was destroyed in the wildfire, he wanted to make it easier for her and her friends who were also affected.

"They'll be all organized, they can thumb through these, and you know, have at it, and they're going to find some great cards in here, I already know that," he said.

"It's been really tough because just thinking of the cards I owned, just brings back memories and stuff," Osterberg said.

Osterberg, a die-hard Giants' fan, says her favorite player is former Fresno Grizzly Buster Posey, and she recently wrote him a letter asking for his autograph.