Gov. Newsom's office announced the state won't require school kids to get COVID-19 vaccines until at least the summer of 2023.
KFSN
By Corin Hoggard 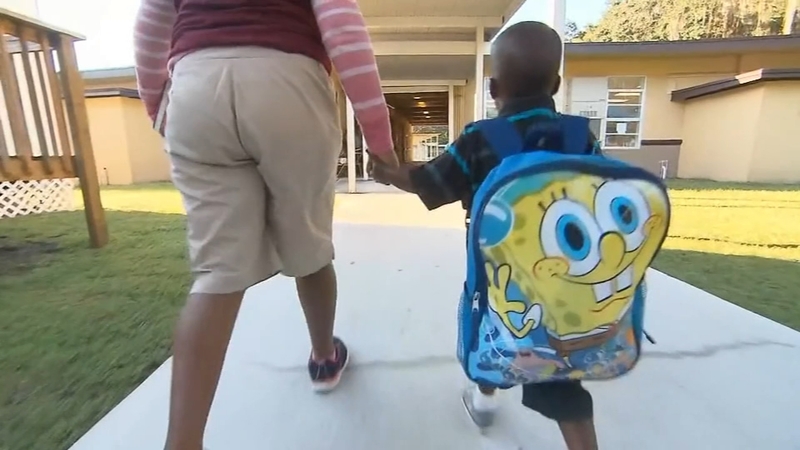 FRESNO, Calif. (KFSN) -- Some local parents are celebrating at least a one-year delay on a COVID-19 vaccine mandate for California students.

Right now, about 43% of Fresno County kids between the ages of 5 and 17 have received at least one vaccine dose, which is a little lower than the statewide average.

California was the first state to announce a vaccination mandate for school attendance.

But the governor's office now says it's pushing back the timeline and the low vaccination rates for elementary-aged students were a contributing factor.

With just a few months to go before the 2022-23 school year, California schools now have one less rule to enforce.

Governor Gavin Newsom's office announced the state won't require school kids to get COVID-19 vaccines until at least the summer of 2023.

Some parents who have pushed to reopen schools during the pandemic say the delayed mandate is welcome news.

"I think it's the right decision to make, especially since there hasn't been any plan put out as to how they would roll this out and then you couple that with the fact that the FDA hasn't given full approval," said Marcelino Valdez, Jr., of Keep Fresno Unified Open.

The governor's office cited the lack of full approval from the FDA as a factor in the delay.

The Fresno Teachers Association says following the guidance of health experts has been their North Star throughout the pandemic, so they're encouraging vaccinations, but say the pivot is logical.

"We look forward to a time when the vaccine is added to the schedule and many others are already on that schedule, but until that time when it's fully authorized, we understand that decision," said Manuel Bonilla from FTA.

Bonilla says other mitigation strategies are just as important for student and teacher safety. So the teachers' union is also pressing Fresno Unified to get school air filtration systems up to CDC guidelines.

The governor's office mentioned implementation challenges for schools as a second reason for delaying a vaccine mandate.

Statewide, only about a third of elementary school-aged children have gotten at least one vaccine dose. The numbers are slightly lower in the Central Valley.

So getting everyone else vaccinated in time for the fall was a big hurdle.

But there's still some dispute over the mandate itself.

The state's plan would allow exemptions for medical reasons and personal beliefs.

But a pediatrician lawmaker is pushing a bill to eliminate the personal beliefs exemption, which could cause some controversy.

"Parents should have the right, especially for religious reasons, to not do it," Valdez said.

Marcelino Valdez, Junior, mentioned a third possible motive for the delay could be political.

He says some Democrats might lose votes if they're pushing mandates, so he's expecting silence on that issue until after midterms in November.

Fresno County public health officials met with school administrators Friday afternoon to figure out how to handle the changes and prepare for 2023.