Local leaders say it's "all hands on deck" to bring relief for communities affected by the fires.
KFSN
By Alyssa Flores and ABC30.com staff 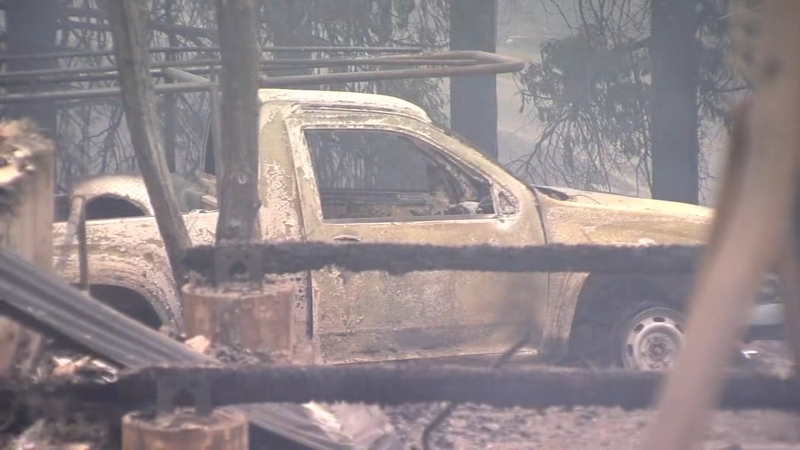 But her home is not her top concern.

"Priority one - before I even get in my house again has got to be me cleaning this up," Arteno says.

She's concerned about debris left behind on her property in the firefight that's now left for her to take care of.

"Time is very limited because it is going to rain and snow. And the county does say that we are responsible for the cleanup," she says.

The destruction of the Creek Fire left toxic debris across mountain communities.

It will be an 'all hands on deck' expense for local, state and federal agencies to clean it up.

But help is on the way.

Trump approved a Major Disaster Declaration for the incident.

These are federal dollars that Assemblyman Jim Patterson says can't come soon enough - especially for those who are uninsured.

California Assemblymember Jim Patterson of Fresno said that debris cleanup would begin "almost immediately" in impacted areas and that cleanup efforts will be split between state and county 75% to 25% respectively.

"If we don't get into those areas quickly we are going to miss this window and we are going to end up seeing mudslides where this toxic debris goes into the San Joaquin River watershed," he said.