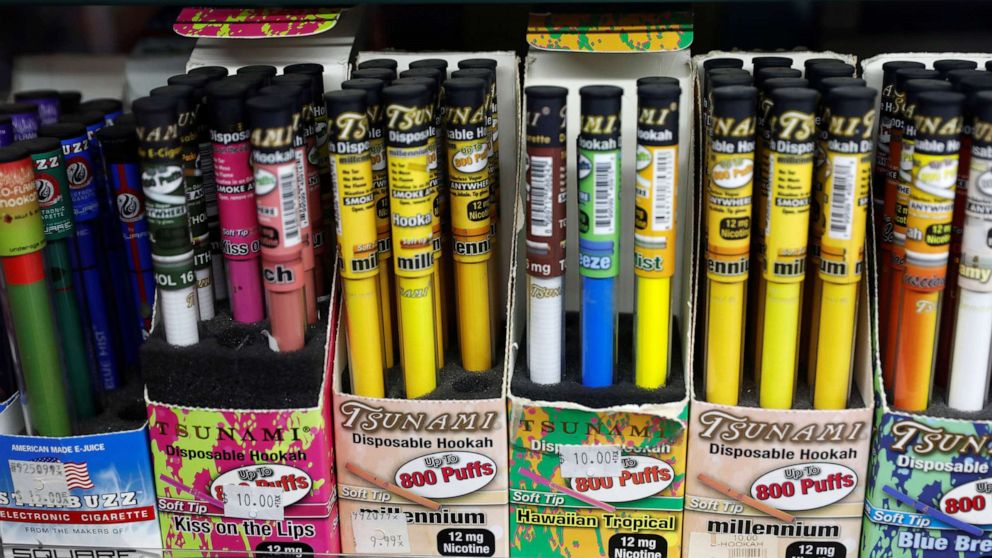 California has become the third state to issue an executive order regarding the sale of e-cigarettes but fell short of an outright ban on flavored products after efforts during its legislative session fell short, Gov. Gavin Newsom announced in a press conference Monday.

The executive order will increase enforcement against counterfeit e-cigarettes and "against those abusing the law" who allow minors to access the products, Newsom said.

The state will also conduct a significant review regarding warning labels on e-cigarette packages and advertisements, which currently do not advise customers on the potential dangers of use, and spend $20 million on an advertising campaign to target the epidemic, Newsom said.

California has seen the use of e-cigarettes "skyrocket" on high school and middle school campuses in recent years, Newsom said. This year, one person has died and another 63 people have been hospitalized with respiratory illness related to vaping in the state, he said, although "a lot" of those cases were cannabis-related.

Newsom is "hopeful" to institute a similar ban in California but would need legislative support to do so, he said.

"It appears the governor alone is not afforded the right, legally, to ban those products outright," Newsom said.

When asked by reporters how he would address the parents of teens who vape, Newsom replied, "There's nothing fun, there's nothing cute about this. Literally, people are losing their lives."
Report a correction or typo
Related topics:
abc newsnational
Copyright © 2020 ABC News Internet Ventures.
More Videos
From CNN Newsource affiliates
TOP STORIES