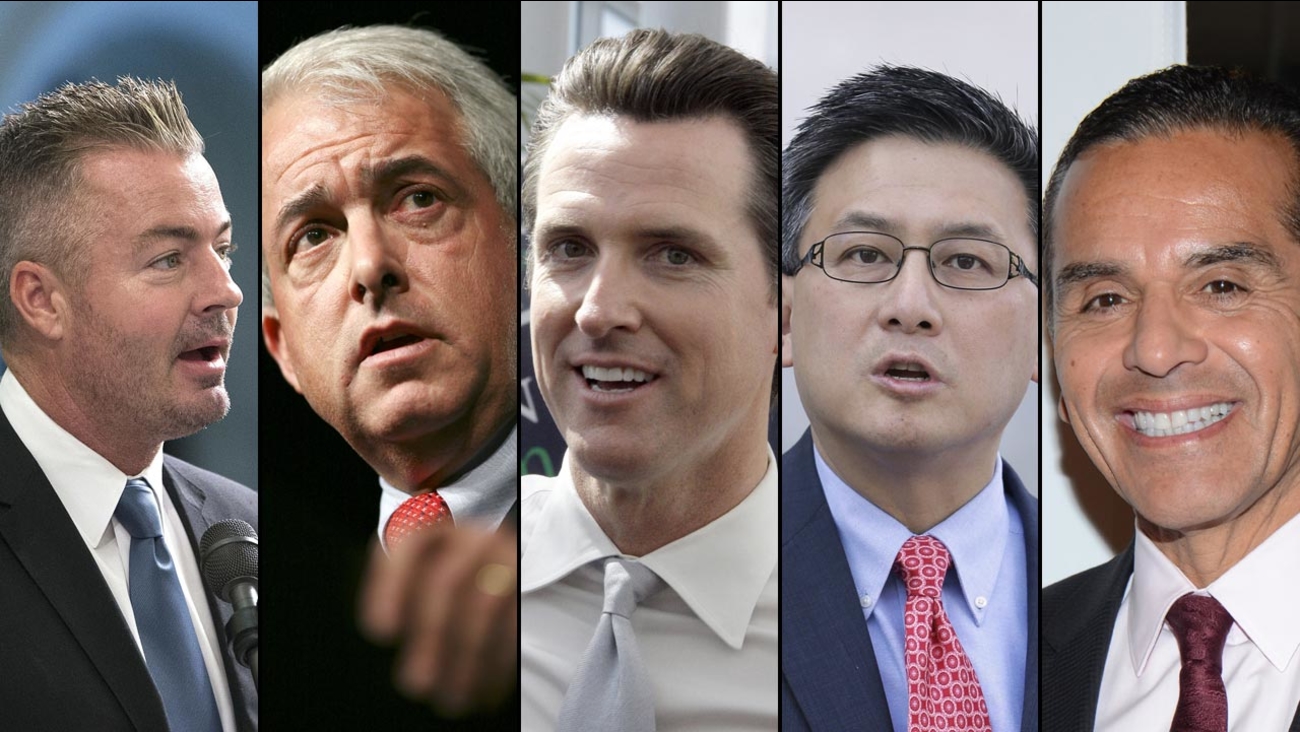 FRESNO, Calif. (KFSN) -- We are now just six weeks away from California's primary election and Democrats Gavin Newsom and Antonio Villaraigosa continue to battle it out for the top spot in the race for Governor, but Republican John Cox appears to be closing the gap.

In the poll of likely voters, 21% said they would support Newsom, making him the front-runner, but the race is close. Villaraigosa was picked by 18% of respondents and Cox by 15%, meaning that neither is a clear #2.

Under California's primary election system, the top two vote-getters will advance to the general election, regardless of their party affiliation. As of today, all three have an opportunity to advance.

But time is running out for candidates to make their case, early voting begins in just two weeks.


The poll has a credibility interval of 5.5 percentage points.

Meanwhile, in the race for the U.S. Senate, Incumbent Democrat Dianne Feinstein continues to sail towards the general election with, locking up 39% of the vote, but it's finally becoming more clear who will challenge her in November.

It will most likely be Republican Patrick Little, who is polling at 18% overall but has found strong support here in the Central Valley, where he ties Feinstein.