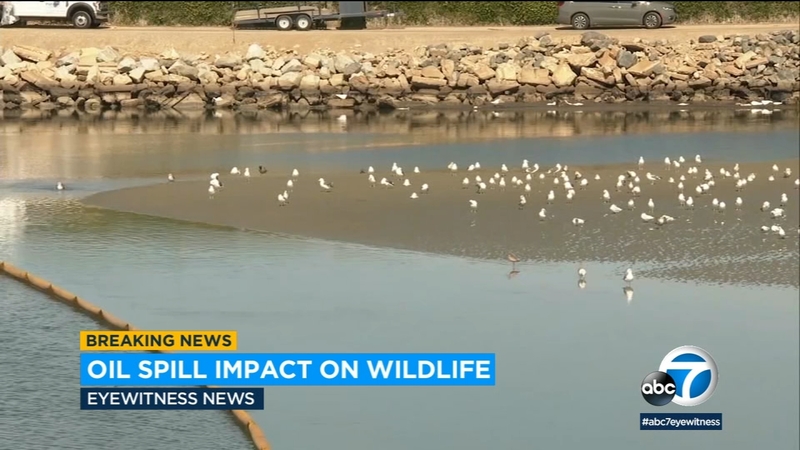 Birds, other wildlife at risk from OC oil spill

HUNTINGTON BEACH, Calif. -- As crews raced Sunday to clean up the oil spill off the Southern California coast, authorities warned that the effect on wildlife could be devastating.

Officials with the City of Huntington Beach called the oil slick an "ecological disaster" while marine experts said it might take weeks and even months until they know the full extent of the damage to wild animals.

Efforts have been made to limit the damage immediately after the spill, with skimming equipment and booms deployed all along the coast and in marsh lands.

City officials said dead fish and birds are being reported.

State wildlife officials say so far they officially only know of one duck that has been oiled, but according to volunteers helping to take animals for treatment and cleanup, other birds are being affected.

One of the greatest concerns is for migrating sea birds, many of which have already started to head south. They will be stopping in the marsh lands without knowing the danger in the water.

Marine experts said an oil spill like this of 126,000 gallons will affect the entire food chain and all the animals within the area.

"The entire ecology of the area can be affected by an oil spill," said Gwen Goodmanlowe, a marine biology professor at California State University, Long Beach. "Marine animals if they ingest the oil, they have got lung infections, they also can't reproduce or get reproductive impairment."

According to authorities, the Oil Wildlife Care Network has been activated and crews are ready to take care of animals coated in oil.