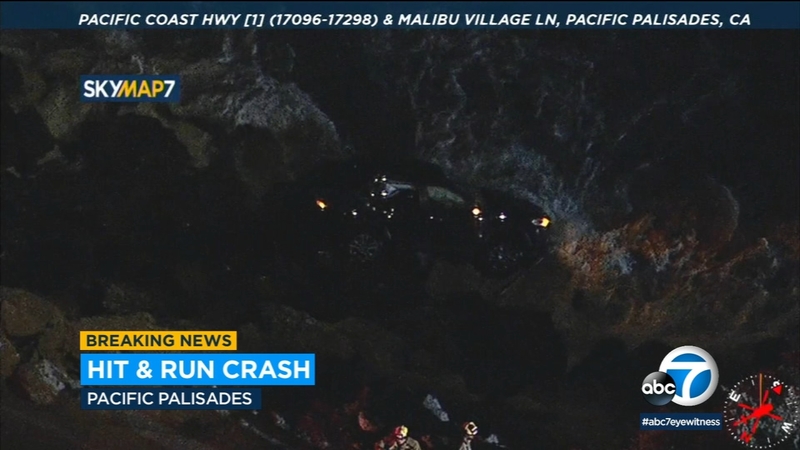 PACIFIC PALISADES, LOS ANGELES -- A three-vehicle hit-and-run crash along Pacific Coast Highway in Southern California sent one car off the road and into the ocean Thursday night, according to authorities.

It happened just before 10 pm north of Pacific Palisades in Los Angeles.

According to the Los Angeles Police Department, the people who were inside the car that went into the water fled the scene. Officers spotted them along the beach shortly after and placed them into custody.

It's unclear what caused the crash and there's no word of any injuries.

Footage from our sister station KABC-TV showed a mangled car on the highway and another sitting on the rocks in the surf line.

The crash caused several lanes of the highway to shut down.