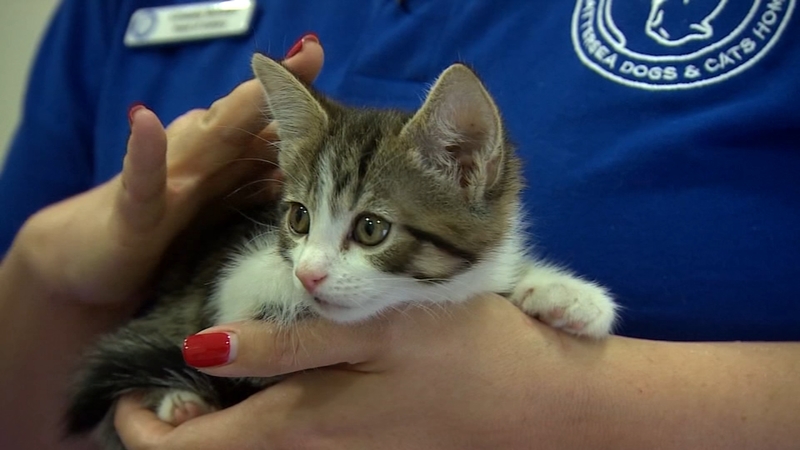 FRESNO COUNTY, Calif. (KFSN) -- Local health officials are reminding everyone with pets to keep their shots up to date

This comes after the Fresno County Department of Public Health received a report of a positive case of rabies in a domestic cat that bit someone earlier this month.

The county's first confirmed case of feline rabies since 1943 is enough to have struck fear in the heart of local health officials.

They have quarantined domestic animals that may have come in contact with the cat in question.

According to health officials, a child was bitten by a domestic kitten with rabies in Reedley back on October 9.

Rabies is a fatal disease caused by a virus that attacks the brain and nervous system but can be prevented if the exposed person or animal receives a series of rabies vaccine shots as soon as possible after the exposure.

The virus so rare to our area Veterinarian Dr. Lee Ann DuMars says she's never treated an animal with rabies.

"Part of the issue is when we don't see it commonly, all of us are too casual about it - 'Oh we haven't seen rabies in this town in many many years the chances are slim.' Well, you know what, we've seen one now, so we have to be a lot more vigilant."

Although not mandated, health officials highly recommend having your cat vaccinated for rabies.

The law already requires all dogs to get rabies shots.

"If I were to live in the Reedley area I would make sure my pets are vaccinated," says Leticia Berber of the Fresno County Health Department.

State officials are still investigating the origin, but early indications say the cat obtained the virus from a bat, since bats with rabies have been discovered in Fresno County.

If you think you may have been exposed to rabies, contact your doctor right away.