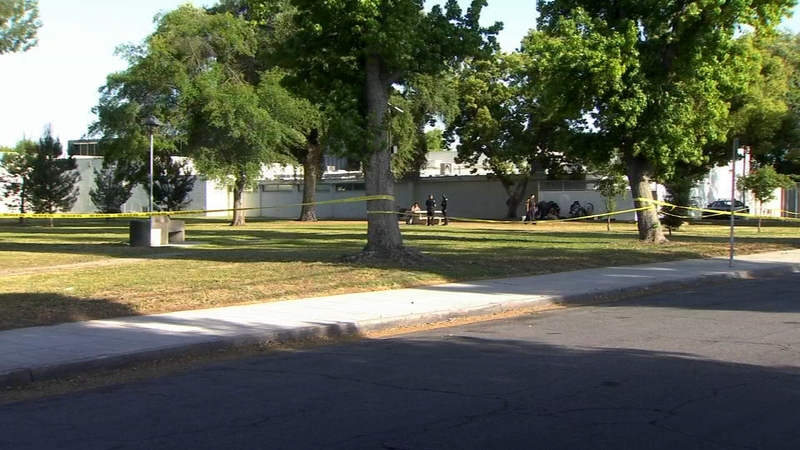 FRESNO, Calif. (KFSN) -- Two people were hospitalized after a shooting at a park in central Fresno Friday evening.

Police say the shooting was violent retaliation to a fight that had happened earlier in the day.

Officers found one of the victims at Radio Park around 5 pm.

The man had a bullet wound to his chest and was rushed to the hospital, where he's being treated.

Witnesses told police there was a big altercation between multiple people at the park earlier in the day.

The suspect was reportedly involved and left the park.

He came back shortly after with a gun, started shooting at people and that's when he hit the two victims.

The second man who was shot was driven to the hospital with minor injuries.

Both shooting victims are expected to survive.