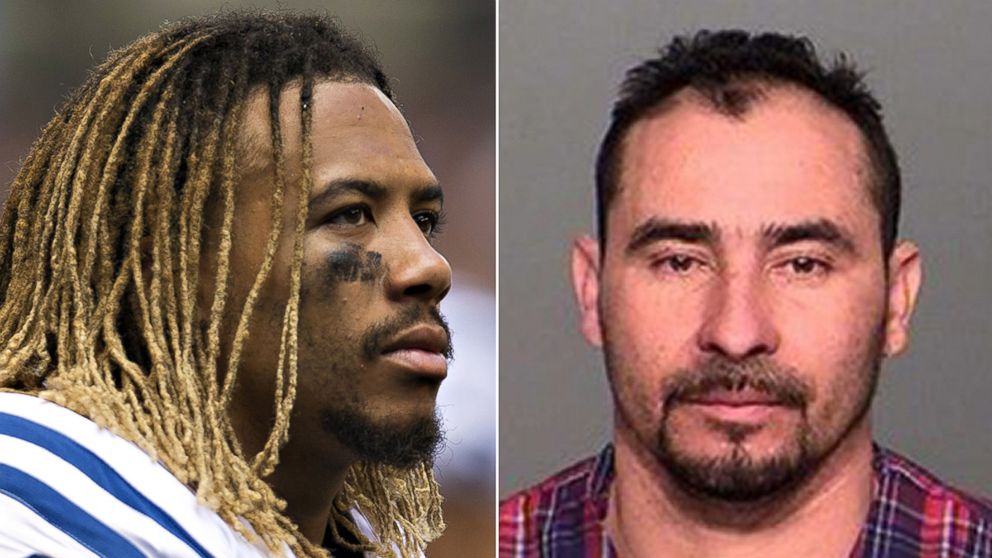 Charges have been filed against undocumented immigrant who allegedly drove drunk and killed two men in a car crash, including Indianapolis Colts linebacker Edwin Jackson.

The incident drew attention from President Donald Trump and others, who said the case illustrated the need to crack down on illegal immigration, but Marion County Prosecutor Terry Curry slammed that move.

"We will vigorously prosecute this matter, just like any comparable crime, not because of the immigration status of an accused, but because two innocent men lost their lives in this horrible incident."

"We are disheartened that ghoulish and inappropriate public commentary has politicized this tragedy," Curry said, adding, "Much of such commentary including tweets by the President, fails to acknowledge that both Edwin Jackson and Jeffrey Monroe lost their lives on Sunday. We will simply seek justice on behalf of the families of those two victims."

Manuel Orrego-Savala, of Guatemala, has been charged with two counts of causing death when operating a motor vehicle and two counts of failure to remain at the scene of an accident.

A judge today entered a not guilty plea on his behalf, the prosecutor's office told ABC News. Defense attorney Jorge Torres said today that his client is distraught and confused and that his immigration status isn't related to the car accident, according to The Associated Press. Torres did not immediately respond to ABC News' request for comment.

The crash took place Sunday after Jackson, who was a passenger in a car, became ill, and the man driving him, Jeffrey Monroe, pulled over, the Indiana State Police said. The men were standing outside the car on the side of I-70 in Marion County when a truck drove onto the emergency shoulder, hitting them both, police said.

Orrego-Savala, 37, fled on foot and was later apprehended, according to cops.

Police said that Orrego-Savala, who was using the alias Alex Cabrera Gonsales, was believed to be intoxicated and driving without a license at the time of the collision. A breath test found his blood alcohol content to be 0.239 percent, over the limit of .08 percent, according to a probable cause affidavit.

The crash threw one of the victims into the center lane of the highway, where that victim was also hit by a responding state police trooper, police said. Both Jackson, 26, and Monroe, 54, died at the scene, police said.

Besides the two deportations, Orrego-Savala was convicted of driving under the influence in California in 2005 and has had many other misdemeanor arrests and convictions in California and Indiana, said U.S. Immigration and Customs Enforcement (ICE) spokesperson Nicole Alberico.

President Trump blasted Orrego-Savala on Twitter Tuesday, writing that it's "so disgraceful that a person illegally in our country killed Colts linebacker Edwin Jackson. This is just one of many such preventable tragedies. We must get the Dems to get tough on the Border, and with illegal immigration, FAST!"

Colts General Manager Chris Ballard told reporters this morning that his thoughts were "with Edwin and Jeffrey and their families."

To the families, he said, "We're going to be with you every step of the way as an organization."