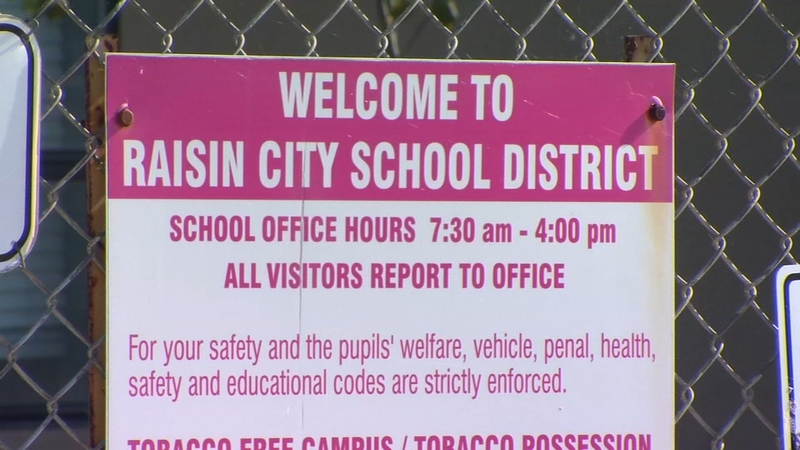 More than $50 million was stolen from the state using the names of students from the Valley.

The people authorities say are responsible for the scam went to small districts to get students to sign up for their programs because they would receive a couple thousand dollars per student from the state.

But the problem is the programs were corrupt and not operating the way they were promised.

Over time, this criminal enterprise funneled millions of taxpayer dollars.

The two allegedly used nine accomplices to partner with small school districts in an effort to unlawfully get money from the state by creating fake enrollment logs for online charter schools.

One of those districts is Raisin City.

That is where then sixth grader Rodrigo Sanchez says he was handed this form to take home to have his parents sign.

"They told us if we didn't sign it, we would get detention so I had to sign it," he says.

An email sent to Action News from a Raisin City teacher's union representative says "teachers were asked to hand out forms to their students and encourage them to get them signed."

Action News spoke with the district's superintendent, Juan Sandoval, over the phone.

He could not confirm that but did say a rep from "A-3" did visit the school to talk about the program.

"He provided an incentive to take it home for the parents to sign the form and be able to receive those services," he said.

Those services, according to Sandoval, were a computer and wireless internet hot spot for each student.

However, those services were never provided.

Fresno County Superintendent of Schools calls this is frustrating because it creates a bad name for other charter schools that are valid.

"When charters are run properly they can be very successful. But when you don't follow the proper protocol and provide clear thigs like this can happen."