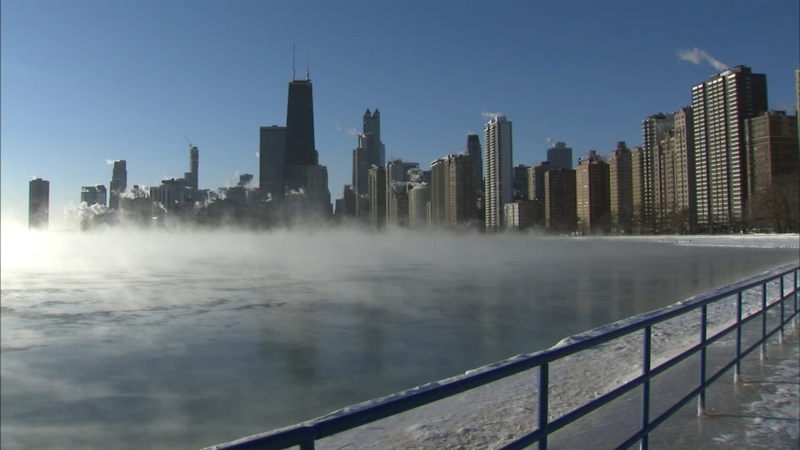 CHICAGO -- As the Chicago area plunges into a deep freeze for a second day, steam is rising from a frozen Lake Michigan because the air is significantly colder than the lake.

The sun rose over a steamy Lake Michigan Thursday morning as Chicago saw a second day of below-zero temperatures.

When it's this cold, the water vapor in the steam freezes into small ice crystals that give off a shiny glow when light hits them. These crystals are known as "diamond dust," which usually occurs in arctic areas.

There is some pretty fascinating meteorological phenomena being produced by this historic cold.

Chicago also set a new record low for January 30 when the mercury dipped to -23 degrees, with a wind chill of -49, at O'Hare.

A Wind Chill Warning remained in effect for the entire Chicago area until noon Thursday, with wind chills between -36 to -55, which can result in frostbite within minutes.

People braved the bitter cold to see steam rising from a frozen Lake Michigan as temperatures plunged to -23 degrees.