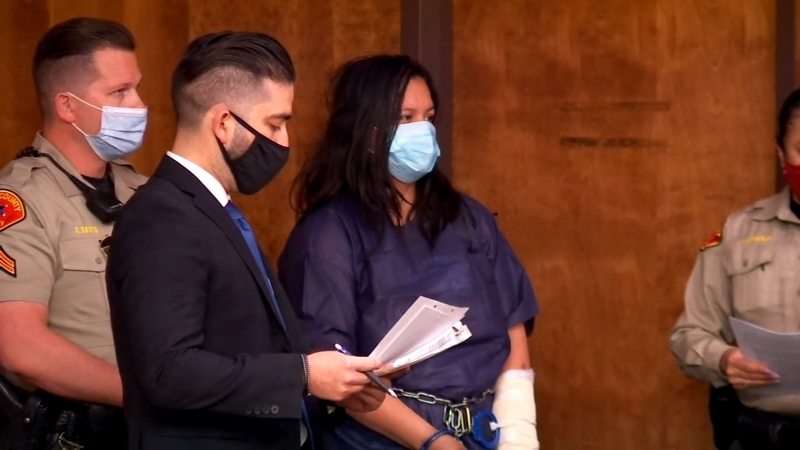 Carrillo is considered a suspect in the deaths of three-year-old Joanna, two-year-old Terry, and six-month-old Sierra, but she has yet to be officially charged for that crime.

Her court hearing on Wednesday was related to an alleged carjacking and attempted carjacking north of Bakersfield on Saturday.

Kern County prosecutors say she stole a truck after people stopped to help her - when her car became disabled on Highway 65.

"Rather than accepting that help, the allegations are that she took their cars," says Kern County Asst. DA Joseph Kinzel.

Carrillo then drove to the Tulare County mountain community of Ponderosa, where she was arrested after crashing the truck.

After being released from the hospital, Carrillo was booked into the Kern County Jail.

LAPD says their detectives are investigating the case, and will seek extradition after conferring with Los Angeles County prosecutors.

Meanwhile, Carrillo's family members says they are in shock. They believe she didn't get the help she needed.

Court documents filed in Tulare County show Carrillo's husband claimed she had serious mental health issues. The couple was in the middle of a custody battle for the children.

Carrillo's next court date in Kern County has been set for May 10.