Strange ancient spider with tail discovered by scientists in Myanmar 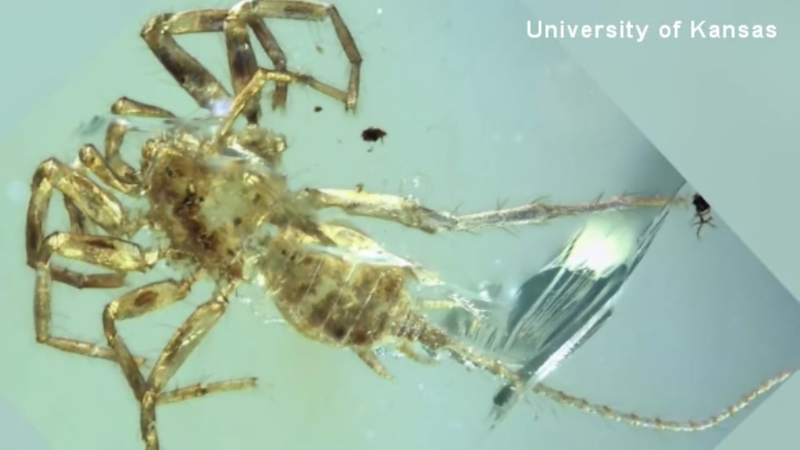 What has eight legs, fangs and a whip-like tail?

If you're not a fan of spiders, this is one fossil sure to give you the creeps.

Scientists from the University of Kansas studying in Myanmar have found the preserved body of a spider with a tail.

The chimerarachne yingi isn't an actual spider, but a distant relative that crawled around southeast Asia for millions of years.

Scientists said the creature was only three millimeters long, but aren't sure if it was venomous.