No jail time for ex-CHP officer in cellphone photo scandal 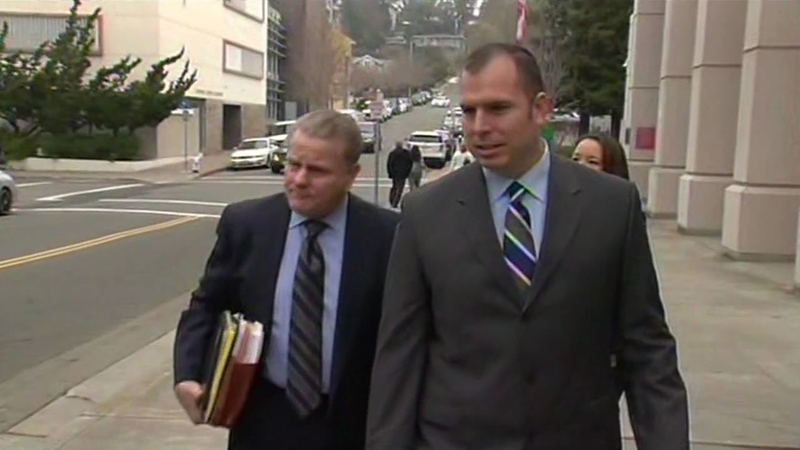 No jail time for ex-CHP officer in cellphone photo scandal

MARTINEZ, Calif. -- A disgraced California Highway Patrol officer pleaded no contest to charges against him on Tuesday in Contra Costa County.

Former Officer Sean Harrington admitted to stealing racy cellphone photos from two women and forwarding them to his own phone and others. He will not go to jail but he will have two felony convictions on his record, a circumstance that will keep him out of law enforcement.

"I've fully cooperated with investigators and done everything asked of me to try to make this right," Harrington said.

"I apologize to my family, my wife, my friends. I apologize to officers everywhere and especially to the two women involved. I'm trying to put this behind me and move forward from this. I hope now that everyone else can too," Harrington read.

The 35-year-old admits he stole semi-nude photos from the cellphones of two female DUI arrests and passed those photos on to at least two other CHP officers.

With his plea, Harrington was sentenced to three years of probation but no jail time.

"I think he knows and what I've said on representing him, is that the conduct here was serious but at the same time, it was impulsive and it was immature," Harrington's attorney Michael Rains said.

As part of his sentence, Harrington must attend, and participate as a speaker, in Community Violence Solutions class.