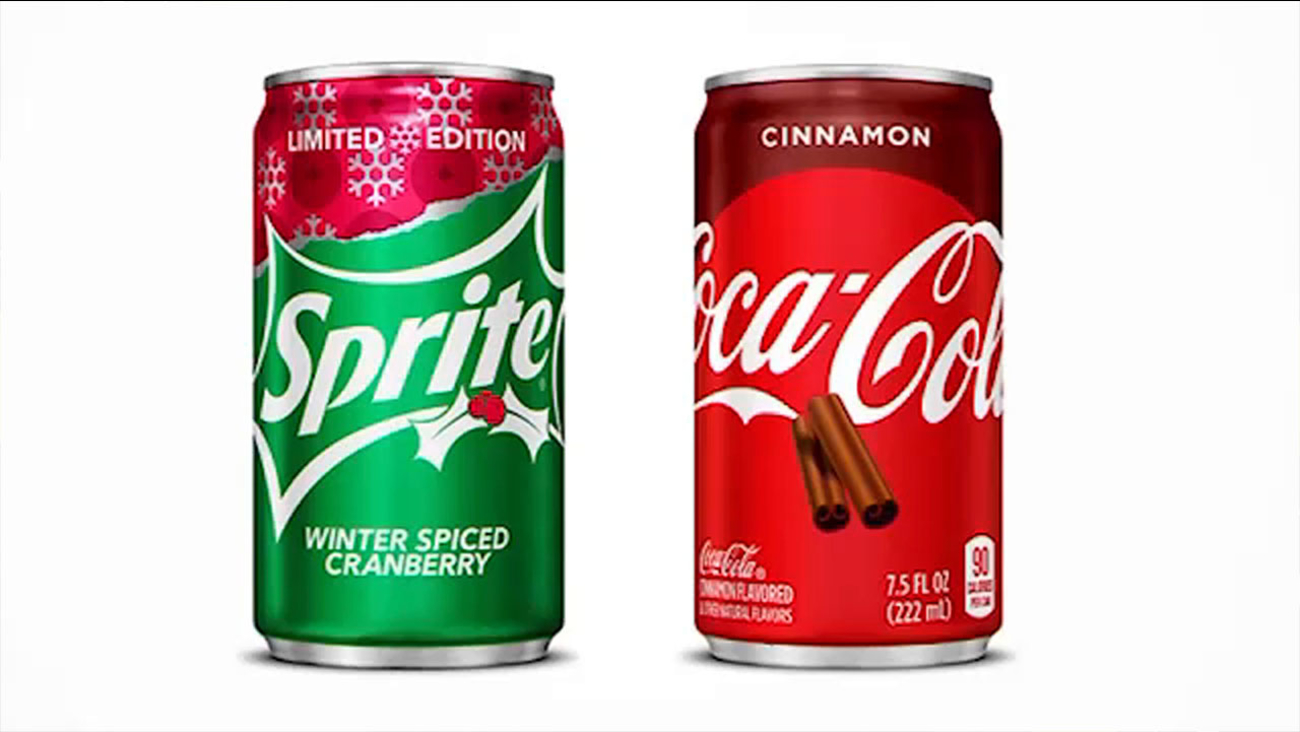 Coca-Cola has come up with two new ways for you to toast the holiday season.

The company is rolling out two new limited-edition holiday flavors to sip on.

They are Winter Spiced Cranberry Sprite and Coca-Cola Cinnamon.

The company says Coca-Cola Cinnamon "blends the delicious taste of Coca-Cola with the warm spice of cinnamon."

It also says Sprite Winter Spiced Cranberry was created based on feedback from Sprite fans and that it "infuses the crisp, lemon-lime taste of Sprite with a warm spice blend and tart cranberry."