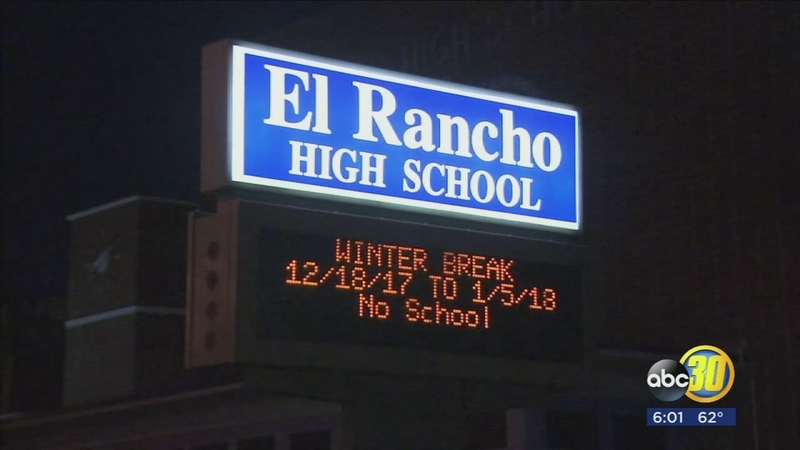 PICO-RIVERA, Calif. (KFSN) -- A government teacher and city council member of Pico-Rivera is under fire for a classroom rant in which he criticized the intelligence of those who serve in the military.

In the 5-minute speech recorded by a student, Gregory Salcido is heard using expletives about those who serve in the military and their intelligence.

"They're the freaking lowest of our low."

Salcido teaches U.S. government at El Rancho High School and is a current member of the Pico-Rivera City Council as well as a former mayor.

The rant was triggered by a student wearing a Marine Corps shirt.

The student who recorded Salcido's rant a week ago was also wearing Marine clothing. He said he felt terrorized by his teacher's words.

It appears this isn't the first time Salcido has come under fire. The Whittier Times reports the El Rancho High School teacher was placed on administrative leave in 2010 after a parent complained about inappropriate comments he made in class. At the time, Salcido denied making inappropriate comments and said they were exaggerated.

Salcido did not respond to requests for comment but posted a brief message on Facebook: "The Salcido 3 just got out of an excellent musical, 'The Band's Arrival'. I turned my phone back on to unexpectedly see a storm. I don't think it's wise for me to make any specific comments, but I want my friends, family, and students to know we are fine and we respect the rights of free expression for all individuals."

The city's current mayor, Gustavo Camacho, did not comment on Salcido's remarks, but said in general the city respects the contributions of those in the military.