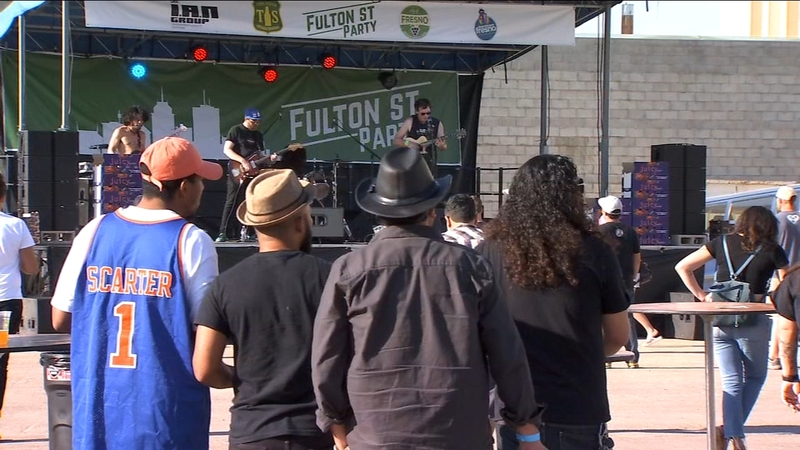 FRESNO, Calif. (KFSN) -- The music is playing and the beers are flowing.

It's been a year since Fulton Street's grand opening, and it's a cause for celebration.

"There's growth. We have breweries opening up, restaurants and businesses moving in," said Aren Hekimian.

There was no shortage of food as folks dug into some Fulton Street favorites.

Damon Miller, the owner of the Chicken Shack, was one of the first shops when the street reopened to traffic last year.

"The buildings are so amazing. The architecture is so beautiful, that it has to come back. I'm glad they opened the street. I'm glad to be part of downtown Fresno and see it expanding from here," said Damon Miller.

Tioga Sequoia Brewing had merchandise, even a beer made to mark the occasion.

"Good music good beer. What else could we ask for? They finally got more people coming out here try and change the atmosphere out here," said Miguel De La Cruz.

The organizers of Grizzly Fest along with dozens of local businesses partnered up to put on the event, which is expected to draw at least four thousand people to downtown Fresno.

Organizers say the area's come a long way since city leaders spent millions of dollars to reopen the street.

"I've seen a huge change down here. People are wanting to come down here. They accepting downtown Fresno as a part of Fresno. It's not a place for people to abandon," said Hekimian.