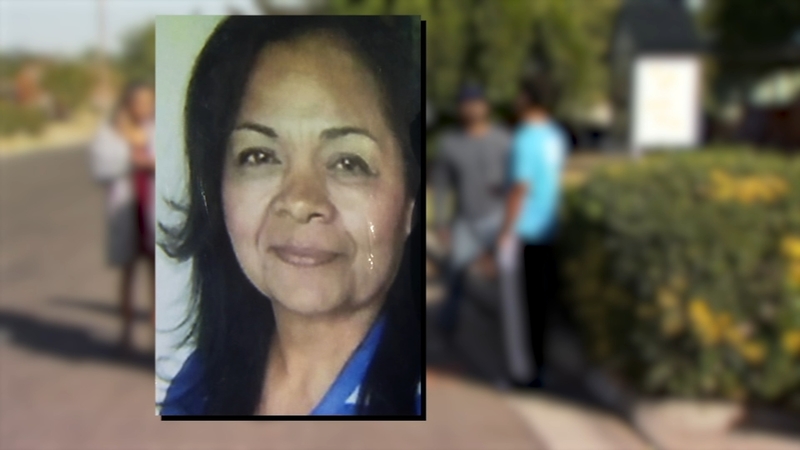 FRESNO, Calif. (KFSN) -- Fresno's first Little Free Pantry opened up on Wednesday morning and it was dedicated to a woman who was killed in a violent attack.

Guadalupe Rivera was killed a couple of weeks ago.

Police said her son, Gilbert Tiznado, was arrested for the crime.

The pantry is in front of Marva Ward's home. She lives across the street from Rivera's home.

Ward said the Little Free Pantry was already in the works. However, she wasn't sure if she wanted to unveil it just yet since the passing of her neighbor.

However, she decided it would be best to dedicate this pantry to Rivera.

"The reason I wanted to dedicate it to Guadalupe is that she was just wonderful and for her life to end so tragically, it's been tough on our neighborhood. So this is kind of the good to balance the bad," she explained.

Families watched as the pantry was stocked.

"She was a very humble, loving, and giving person. She had a very big heart," said Monica Alonzo, who is Rivera's daughter-in-law.

It's still difficult for Rivera's loved ones to think she's no longer here to hug, seek advice, or even help them cook.

But now across the street, this plaque hangs on the pantry so it's constantly shining a spotlight on Rivera and who she was.

"She left a big impact on the world for them to dedicate something to her... She would just open up her door to anybody. If you needed food, you need whatever, you're hungry, (you need) shelter - she was that person to go to and she was just always there for you," said Alonzo

Rivera's niece Paula Sauceda added, "It's amazing to the whole family that this was dedicated to her".

The idea around this 24/7 pantry is - take what you need and leave what you can.

This is just one of many ways the family is trying to move on from the horrific crime.

Alonzo said she was married to Tiznado, but a couple of years ago, she made the decision to leave, acknowledging he had a drug addiction.

"He really needed the help but she never wanted to give up on him. I had to step away because of the kids, but I still helped her on the side. It's just very hard," she said.

The family is trying to avoid focusing on the negative. Instead, they are looking back on all the good times they had with Rivera.

"She's just an amazing person and leaves a lot in our hearts and strength and courage," Sauceda said.

The man helping this Little Free Pantry become a reality is David Bradshaw, who is a local beekeeper and a member of the Sioux Honey Association Co-op.

The pantry is the first of its kind to get the green light from the City of Fresno. The decision was made earlier this month by the Director of Planning and Development to allow the small wooden structures on private residential property.

"Sometimes people stumble on hard times. Maybe it's the loss of a job or an unexpected bill. A Little Free Pantry is a way to the hive to help those who have been stung by a difficult situation," Bradshaw said in a statement.

The gift of the little pantry marks the launch of what the co-op is calling "Beekstock". Sioux Honey is adding the pantries in Central Ca. and donating money to keep them stocked with nonperishable food items, through December.

On Wednesday the pantry was stocked with foods as well as California Beek's honey. The co-op has pledged to give a portion of proceeds from Beek's honey to keep local pantries stocks. Beek's can be found at Save Marts in Central California.