'Stone's is where you go:' Livingstone's reopens after two years, bringing back familiar faces 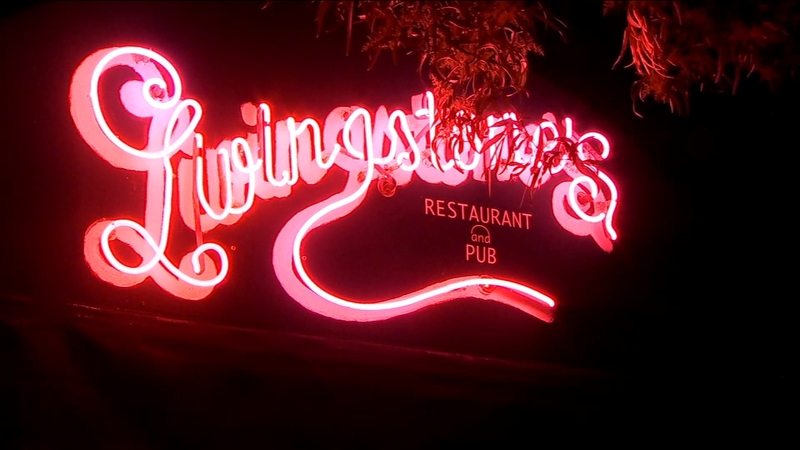 Livingstone's reopens after two years, bringing back many familiar faces

FRESNO, Calif. (KFSN) -- You can just feel the energy inside of Livingstone's in the Tower District. Full of excitement from everyone who has walked through the door.

Most of them are returning customers who say they are glad to be back and glad to see familiar faces.

The lights were on both outside and inside of Livingstone's and employees were busy serving customers at the bar and at tables.

"My daughter and I were down here for some music lessons across the street and saw it was open and I was shocked I had not heard it was opening up," said Andy Gerrard.

The popular restaurant and bar shut down back in December 2016 after police say Justin Silva intentionally set the place on fire causing almost $500,000 worth of damage.

It forced the longtime staple to close its doors for almost two years.

"You come here wanting what you wanted and it's not here," Gilbert Romero is one of several customers who waited in the rain for the doors to open Wednesday afternoon.

"We like their steak sandwiches and they have really good margaritas and there is always a good crowd at the bar," he said.

That bar, along with the booths and bathrooms, were changed and extensively remodeled because of the damages.

Owner Cynthia Green says they wanted to keep much of the interior the same including the original staff.

"Without the staff it would not have happened without our community and our customers," she said.

And 90-percent of the staff members returned. Something Robin Sichso noticed.

"It's so great see all the waitresses, bartenders, everybody knows your name," Sichso said.

A place filled with people who are like family.

And they say despite being apart for 715 days -- it still feels like home.

As for Justin Silva, the man accused of setting Livingstone's on fire, he has not been convicted of that crime.

Silva is currently in a state mental hospital after being accused of beating and kidnapping his grandmotherin Kings County.