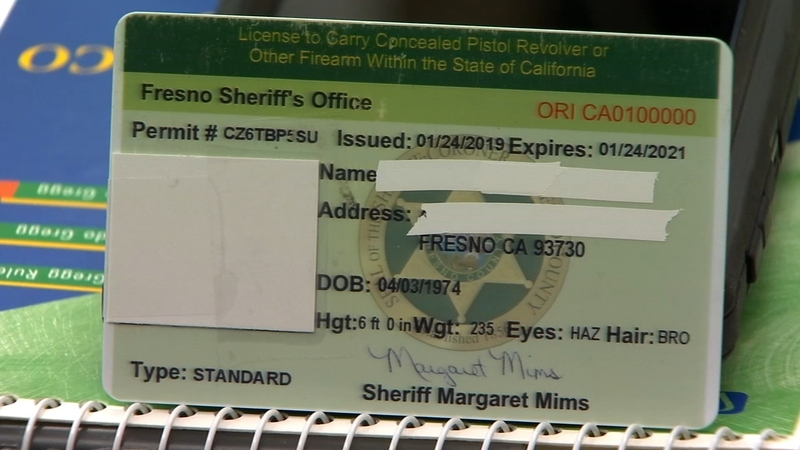 FRESNO, Calif. (KFSN) -- People who need to renew a Concealed Carry Weapons permit will also need to be patient with the process.

It normally will take about a week to renew a CCW permit but some people have waited up to two months.


Fresno County leads the entire state in the number of permits allowing people to carry a concealed handgun. Over 15,000 CCW permits were active right now. They're good for two years.

Zanoni said, "Right now, let's go with about six weeks for renewal. In the past, it was about a week or two. But we've hired additional extra help investigators to hopefully expedite this process. So that should help."

The renewal process doesn't take as long but the office has seen steady demand from people.


The pandemic has also added to the time needed to process requests since staff has been limited at times.

Zanoni said, "We had some appointments canceled because some individuals did not want to come in and interact with individuals during the time of COVID."

Zanoni added it is a good idea to renew your permit two months before it expires.

Demand for a CCW permit will vary throughout the year and will typically spike after high-profile mass shootings.