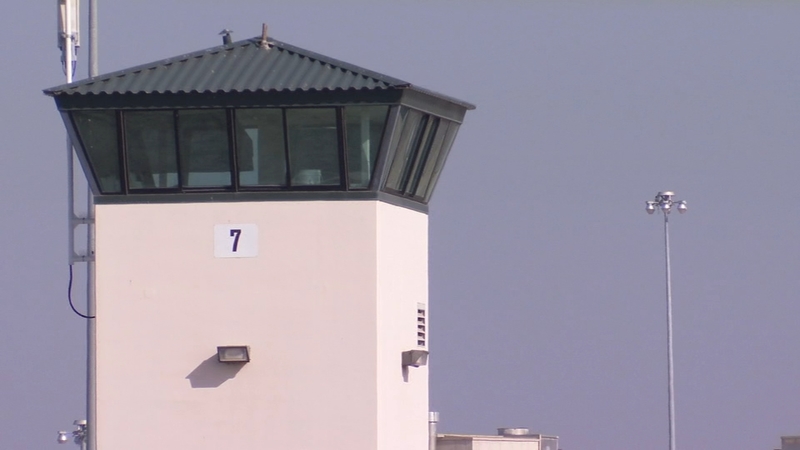 After spending the majority of his life in state prison, Michael Espitia is poised to reenter society.

The 40-year-old, who was convicted of second-degree murder as a teen, was one of 27 California inmates granted parole earlier this month.

Like her husband, Olga Espitia was overwhelmed with relief.

"Still in shock," she told Action News on Friday.

But Olga will have to wait a little longer to see her husband.

The Board of Parole Hearings and the Governor have up to 120 days to finalize parole grants.

In any other time, Olga wouldn't worry about her husband spending a few more months on the inside.

But this is during a surge in the pandemic, and Michael is an inmate at a prison with one of the state's largest outbreaks - Corcoran's Substance Abuse Treatment Facility (SATF).

Olga says Michael had a mild case of the disease in August.

She fears he could be reinfected if he isn't released soon.

"Even half the time," she said. "Sixty days, not 120 days, you know? I think 60 days is more than enough time for them to rethink their decision in a sense and get these signatures."

"As a result of CDCR's ongoing efforts to promote the health and safety of CDCR staff and inmates during the COVID-19 pandemic, the Board of Parole Hearings (BPH) is expediting review of parole grants," CDCR officials said as part of a statement to Action News. "Inmates granted parole suitability, who face the greatest risk and/or who are at institutions with a COVID-19 outbreak, are prioritized."

Olga knows some people may not sympathize with her husband's situation.

But she wants them to know that he regrets the murder he committed as a teen and is ready to make a positive impact in the real world.

On Sunday morning, family members of inmates will be protesting CDCR's response to COVID-19 at eight state prisons in the Central Valley, including Avenal State Prison, Pleasant Valley State Prison in Coalinga, and both facilities in Corcoran.