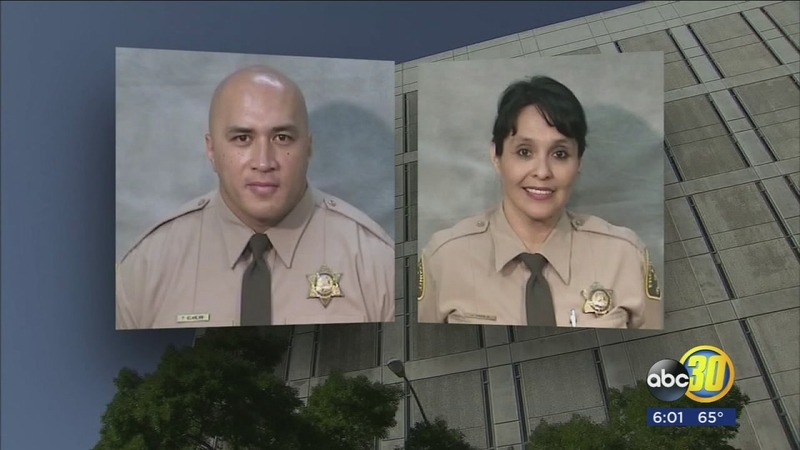 In the days after last year's jail shooting, two armed peace officers patrolled the lobby where a suspect walked in and shot correctional officers Malama Scanlan and Juanita Davila.

But the security upgrade served as a temporary Band-Aid in a potentially dangerous spot.

"It's so obvious they're vulnerable," said legal analyst Tony Capozzi. "There are people in jail for committing violent crimes. There are people coming in to see them. They're upset their friends or family or relatives are in jail."
Davila filed a lawsuit this month, claiming the county failed to provide adequate safety mechanisms for correctional officers working at the jail -- protections like bulletproof glass or access controls.

Capozzi says the success of her case may depend on what you see at jails across the state.

"It's going to be a comparison to all the other jails to see what they have there and what's standard in the community, standard in the law enforcement area for the jails," he said.

A lot of other county jails in the Valley look quite a bit different. Thick glass separates the public from the staff at the Kings County jail, for example. And Fresno County Sheriff Margaret Mims says she's updating the lobby where the suspect shot Scanlan and Davila.

"We've improved lighting," she said. "We've closed the lobby during certain hours, we have armed correctional officers working in the lobby now, and we're redoing the actual desk where the lobby officer sits to include enhanced safety."

Sheriff Mims was not addressing the lawsuit directly, but she talked to me about tightening security at the three jail lobbies she controls right now, and at the new jail the county will build over the next four years.
"In the lobby, it will definitely (be more secure) for the public as well as our staff," she said. "It'll be much better with bullet resistant glass put in rather than right now we're having to retrofit our lobbies."

The correctional officers' union is lobbying to have all the jail's officers certified as peace officers, meaning they'd be allowed to carry and access guns easily. They believe it could've stopped the jail shooting, or at least stopped it sooner.

Attorneys for the county and for Davila chose not to comment for this story. They're headed for court next year.