Creek Fire: Heavy smoke is making it difficult to fight fire from above

Pilots says their view of the Creek Fire from above has mostly consisted of smoke. They haven't even seen the fire itself on most days.
KFSN
By Corin Hoggard 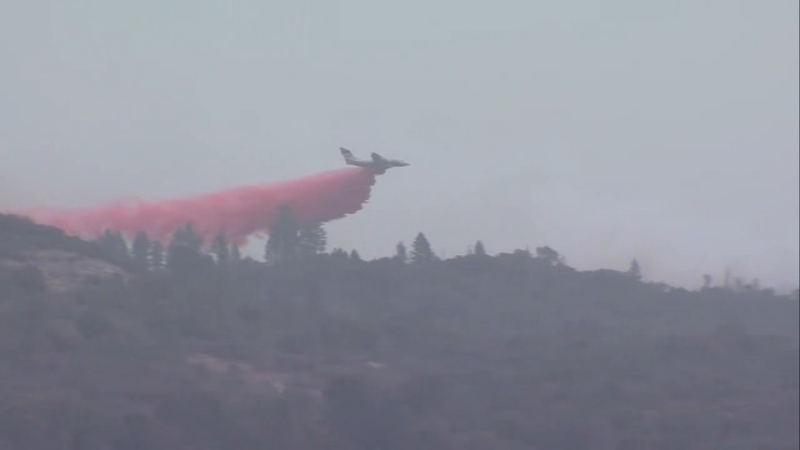 One of the keys for fighting forest fires is an air attack, but it hasn't been easy to deploy these on the Creek Fire.

Pilots are itching to get up and get air drops going on the fire, but for most of today and most days, they've been stuck at the airport.

Air Attack 15 is usually the first plane off the ground every day to survey the Creek Fire, but on Thursday, it was supposed to be second and when the time came, it couldn't take off.

"The air's not good for doing anything right now," said Mark Bertuccelli, who flies for the U.S. Forest Service Sierra National Forest branch. "All the helibases are smoked in."

An inversion layer has put a lid on the fire, mostly eliminating one of the best tools for firefighters.

The smoke lifted for much of the day Wednesday, so Air Attack 15 coordinated several planes and helicopters flying missions designed to give firefighters on the ground a chance at finally building a containment line.

"Basically we built dozer line to the edge of the ridge which overlooks (Highway) 168 and we painted retardant at the bottom of 168," Bertuccelli said. "Below it, we created an anchor point, anchored it from there, took it up the hill and then we pushed dozer line with tankers and helicopters holding that dozer line."

Bertuccelli says his view from above has mostly consisted of smoke. He hasn't even seen the fire itself on most days.

On Thursday, he was disappointed about not getting back to protecting communities - including his own in Meadow Lakes.

"Have you seen your house?" an Action News reporter asked.

"It's all right?" the reported asked.