The clean-up process continues across the hardest-hit communities.
KFSN
By Sara Sandrik and Alyssa Flores 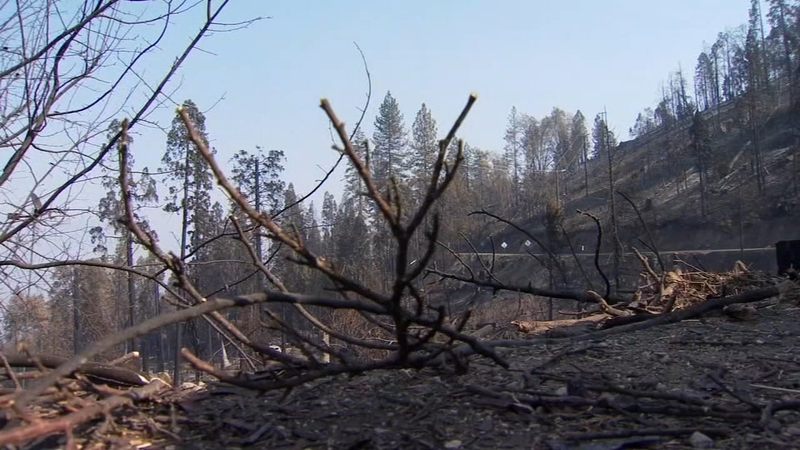 Now crews are working to prevent more damage from the cold front closing in on Central California and future storms this season.

Fresno County Supervisor Nathan Magsig says, "Right now our public works department has been out making sure the culverts are clear. They've sand bagged many of our culverts so as debris begins to come off the mountainside, it's not going to plug up these culverts and wash out our roads."
Meanwhile, the clean-up process continues across the hardest-hit communities.

The work is being done by private contractors and government crews, including six teams from the U.S. Environmental Protection Agency.

Magsig adds, "We've got many crews up both federal crews, state crews that are working to clean up lots and limit debris flow as well as toxic materials from getting into our waterways."

Angie Enyedi is an incident meteorologist for the Creek Fire. She says the amount of rain and snow predicted over the next few days should not be enough to cause major mudslides and could actually help stabilize the soil while providing much needed moisture, but she is concerned about strong winds.

Enyedi explains, "Across our fire into Friday morning we're looking at sustained speeds where the fire is most active in the highest elevations above 7000 feet in the 20-30 mph range, and we could have gusts of 40-60 for a time period."

Enyedi says that could create new challenges for containing the fire, while also toppling more trees.

"We're actually concerned with those hazard trees being blown down across the fire site, which number one is a hazard to life but also could cause some issues with the rehab work that has been going on extensively across the firescape," says Enyedi.

Another concern with this storm is the icy roads in the higher elevations. Fire crews are now working to move some of their heavy equipment before it's too late, and residents are being asked to drive very carefully, especially now that there are fewer trees to provide a buffer along steep drop-offs.

Several inches of snow are expected in Shaver Lake, which would normally mark the start of winter tourism.

After the Creek Fire burned through much of the mountain community, some residents are uneasy about the weather on the way.

But after the Creek Fire burned through much of the mountain community, some residents are uneasy about the weather on the way.

"Driving to work is like an open casket funeral every day... seeing the forest out there," says Casey Grant.

"We have been praying for rain and snow for 5-6 years and now that the fire came through we are all praying that it doesn't come so soon," he adds.

By night, Grant works at Shaver Lake Pizza, one of the main street businesses back up and running that typically relies on winter visitors.

By day, he has been contracted through SoCal Edison to do soil retainment work to help get mountain communities back on track.

"There's a lot of work to be done. And it's hard to do it now because you don't know what's going to last and what's not going to last," he says.

He's hoping the first storm of the season doesn't compromise some of the headway he and his fellow workers have made in the path of the fire.