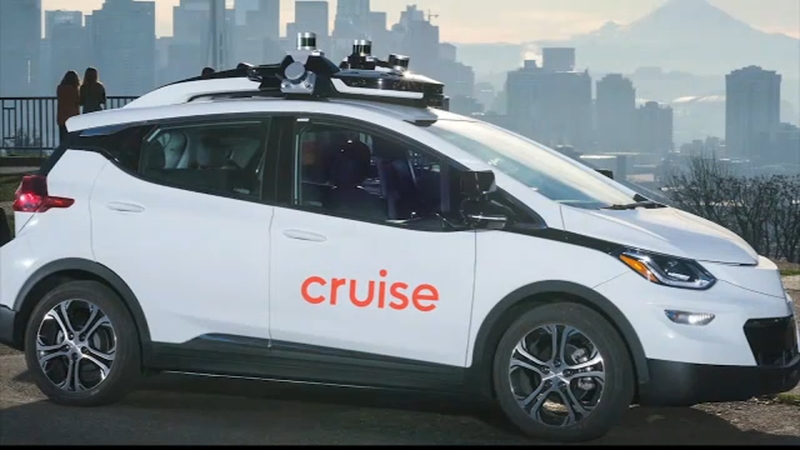 But its busy, narrow, and sometimes steep streets have also served as the testing ground for a self-driving ride-hailing company called Cruise, acquired by General Motors in 2016.

When the company officially launches in a matter of months, its entire fleet of cars will be powered by renewable energy created in California's Central Valley.

"So although our vehicles are all-electric, electricity for powering them doesn't always come from sources that are good for the environment," Cruise Senior Director of Global Government Affairs Prashanthi Raman said. "Because we're a California company, our program which we call Farm to Fleet deliberately chose to source the power for our fleet through renewable energy credits from farms in the Central Valley that generate solar power on-site."

Earlier this year, Cruise started buying renewable energy credits, or REC's, from Moonlight in Reedley and Sundale Vineyards in Tulare, two companies they say are committed to sustainable farming practices.

REC's, according to the Environmental Protection Agency, represent a specific amount of electricity produced and delivered to the grid by a renewable energy source, such as solar, and are a way for purchasers to prove they're using clean energy.

"We're trying to reduce our carbon footprint in everything that we do," Stockton said. "And by partnering with Cruise and them using our extra solar units to power their cars in the San Francisco area, and however that expands, (it) just seemed like a natural fit and something to do that would be good not only for our community but to tie ourselves into Silicon Valley."

Cruise officials say the partnership will provide a new revenue stream for the farms-one that doesn't involve precious resources like water.

"We know, we've seen it multiple years now with many Central Valley farmers now confronting drought and climate change as a real risk, programs like Farm to Fleet can help diversify farm income and serve as another revenue source for rural communities," Raman said.

Sundale company executives are excited to see where the program goes, and hope other Valley farms pitch in to help the environment.

"We're going to stick with what we do best but we'll take the little bit of extra that we have here and try to spread it out," Stockton said.

Cruise company officials say they are committed to starting their self-driving car services in San Francisco.