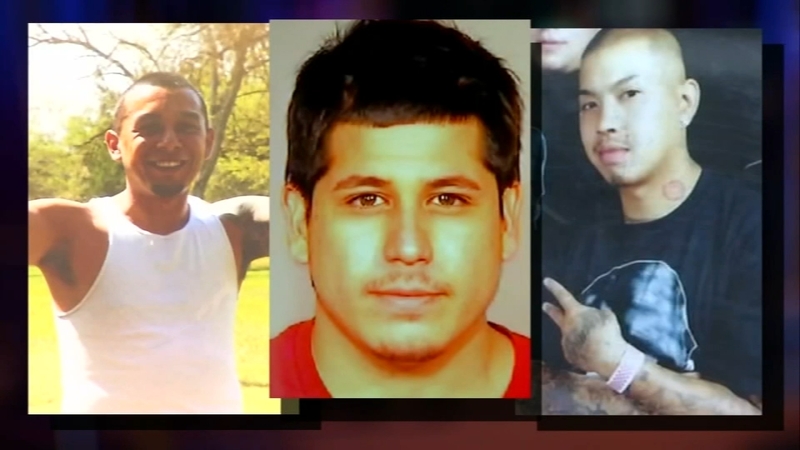 FRESNO, Calif. (KFSN) -- The man who killed two people and shot at a third inside a Tower District tattoo shop in 2018 was found not guilty of murder Thursday afternoon.

The jury acquitted Cruz Hinojosa of two murders and an attempted murder.

But his self-defense claim couldn't convince all the jurors that he didn't commit another crime.

He also admitted to killing Jesse "Chuy" Hernandez and firing a shot at a woman who walked into the tattoo parlor after the gunfire.

Hinojosa left town afterward, but almost as soon he turned himself into police in Pismo the next day, he said he shot Xayapheth and Hernandez in self-defense.

Hinojosa said Xayapheth was beating him up and he thought his boss might grab a gun and kill him.

For the most part, the jury believed him.

"We the jury in the above-entitled action find the defendant, Cruz Pedro Hinojosa, not guilty of first-degree murder of Pisa Xayapheth," they said in a jury form read by the courtroom clerk.

Hinojosa said he killed Hernandez in self-defense because he thought Chuy was helping Xayapheth beat him up.

The jury unanimously agreed it wasn't murder, but they were hung on a 9-3 vote about whether it was manslaughter.

They were hung by the same count on whether Hinojosa committed attempted manslaughter by shooting at the woman who walked into the shop.

After about six weeks of trial and six days of jury deliberations, the verdict was too much to handle for some of the victims' family members.

"We find the defendant, Cruz Pedro Hinojosa, not guilty of first-degree murder of Jesse Hernandez," the jury form read.

But the verdict was interrupted.

"Let's remove them," said Judge Brian Alvarez of the people joining the outburst.

The case is likely to go to trial again as soon as April.