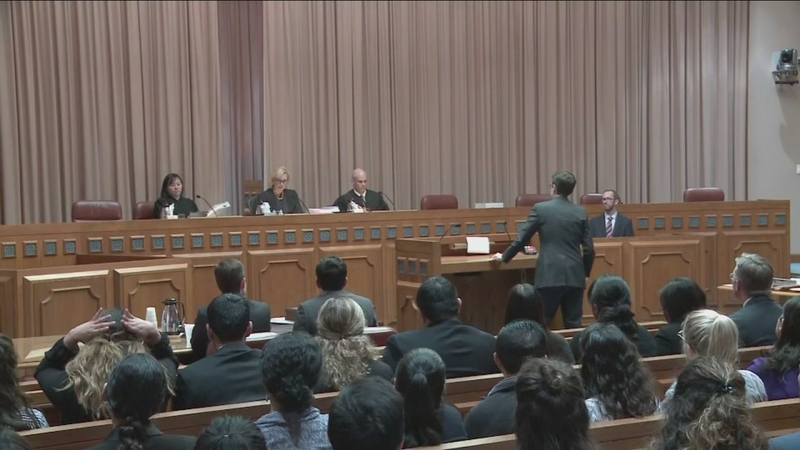 FRESNO, Calif. (KFSN) -- DACA supporters rallied outside of a Southern California federal courthouse while inside arguments were heard which will impact their future.

The battle over Deferred Action for Childhood Arrivals moved to the US Ninth Circuit Court of Appeals in Pasadena.

A Trump administration attorney argued the White House had the authority to end DACA, a program which has protected 700,000 undocumented immigrants from deportation.

Three appellate court judges heard arguments from the Department of Homeland Security and the state of California including the UC system.

The White House wants the 9th District Court to throw out a January decision by a federal judge in San Francisco to block the president's bid to end DACA.

Deputy Assistant Attorney General Hashim Mooppan said, "The rescission of DACA was a discretionary enforcement decision that the INA did not in any way constrain. The acting secretary decided, taking into consideration both the Texas litigation that had invalidated the similar DAPA and DACA policies as well as the attorney generals' opinion that DACA likely would and should be invalidated as well."

California is one of a dozen states which has filed lawsuits over the president's decision to phase out the program.

Dreamers were brought to the US illegally as kids or came with families which overstayed visas.

Attorney Mark Rosenbaum spoke of the core interests among DACA recipients to build lives in the US. Rosenbaum said, "If in fact these interests are stripped as well as the interests of hundreds of thousands of other dreamers who also came to this country as children if they are stripped it denies due process in two ways. First, substantively and second, by the cruel bait and switch method which treated them first of all by the government as disposable and then as bargaining chips."

Arguments lasted for over an hour.