The study found an improvement in birth weight for babies born to immigrant moms from 2012 to 2015, when DACA started. 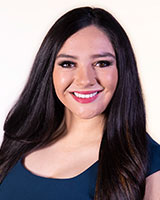 Two California Universities teamed up to study healthy birth rates in the state.

FRESNO, Calif. (KFSN) -- Fresno State and the University of California San Francisco have finalized a study that compares the birth weight of babies born to mothers who are US citizens versus mothers who aren't.

The study began in 2017. Researchers focused on Mexican Immigrant moms in California who were eligible for DACA.

The goal was to find whether or not certainty in their legal status had an impact on healthy birth weight.

The study found an improvement in birth weight for babies born to immigrant moms from 2012 to 2015, when DACA started.

Numbers then show a decrease in birth weights following threats to DACA.

"That is a very big claim to make and that is why we were studying birth records from all of California," says Tania Pacheco-Warner, who is a co-director for Central Valley Health Policy Institute at Fresno State.

Tania has been working on this study for years.

She explains, "What we see in studies like these is that external things that happen, like policies in the country, are some things that are affecting the mother."

Tania is an immigrant mother herself but is a naturalized citizen. Her legal status has given her a feeling of stability.

But says she felt uncertain herself during the 2016 Presidential elections.

Tania mentions, "When DACA was being tied into the larger immigration debate and even questioning people who were already citizens like me, naturalized citizens, that was very stressful for me."

For Tania, immigration policies like DACA are important to protect students.

The full research study can be found here.