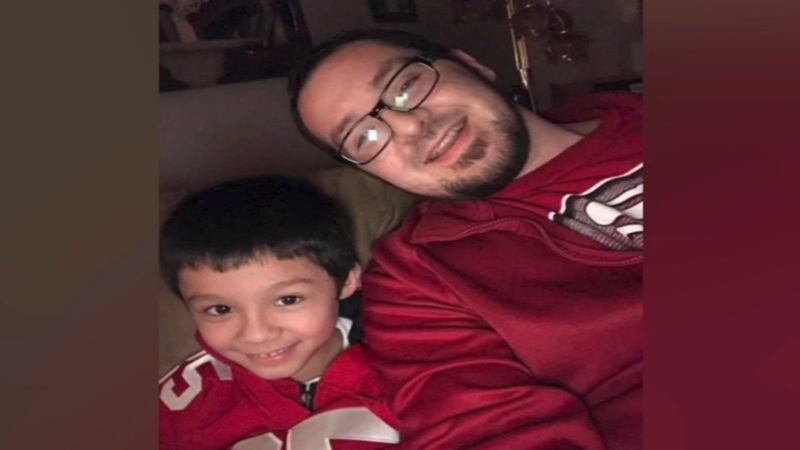 FRESNO, Calif. (KFSN) -- This is what remains of Marc Marta's home.

Nearly everything he's worked hard for is now gone after a fire ripped through his Downtown Fresno apartment.

"I got out of there with maybe two boxes of things and two bags, and the rest is just under rubble basically," he said.

His nine-year-old son Jateo, who has autism, has been taking it hard.

His tablet and laptop, used for therapy sessions and school, were destroyed in the fire.

Marta, a single father, has been doing his best to comfort his son.

"When it happened, you could tell he was distraught," he said. "He wasn't sure what was going on."

It was just before 3 am Saturday morning when Marta was startled awake by the loud beeping from his smoke detector.

He followed the smoke into the restroom, where he found flames burning through the ceiling.

Marta ran into his son's room to get him out of the apartment. Once they made it out safely, Marta called 911.

He then tried going back inside to grab some belongings.

"I get about two steps into the house and that smoke is suffocating," he said. "I couldn't see two feet in front of my face."

Marta immediately turned around. As he returned to his son, he helped evacuate his neighbor.

Firefighters arrived shortly after and put out the fire - they're still investigating the cause.

Marta no longer has a place to live and very little left to his name - but he's relieved he and his son still have each other.

"For whatever reason, if I did not wake up, me and him probably don't wake up at all," he said. "We probably would have suffocated in our sleep."