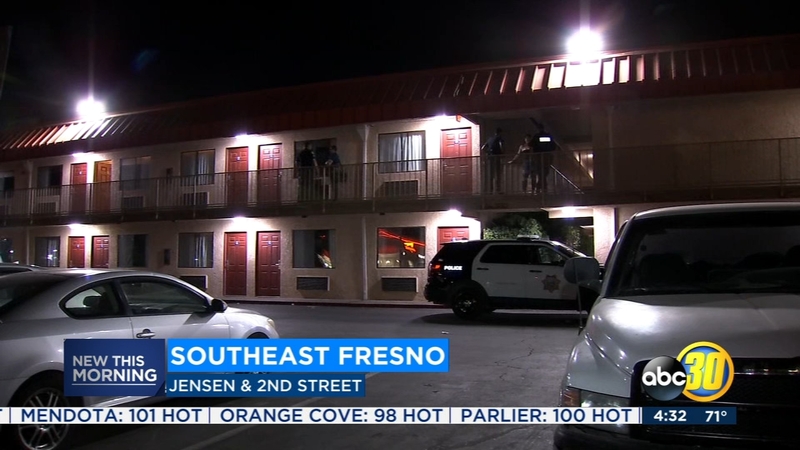 Officers were called to the Days Inn on Jensen and Second near Highway 99 around 10 pm on Thursday.

Police say three men were in a room at the inn when two other men forced their way inside, one was armed with a knife, and the other had a crowbar.

The suspects stole the victims' cell phones and wallets, which had about $500 cash.

The two men took off running, heading north toward Jensen Avenue. Both suspects were wearing hooded sweatshirts and jeans.