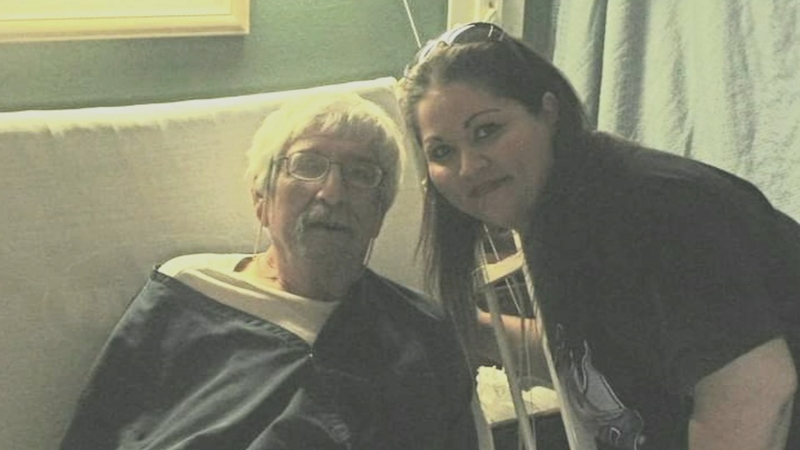 FRESNO, Calif. (KFSN) -- What used to be a small home for a Vietnam War veteran is now charred with only remnants of his wheelchair as a memory.

Crews were called to the scene on McKenzie and San Pablo in Central Fresno around 12:30 Tuesday morning.

When they arrived, the home was fully engulfed with 74-year-old Miguel Zamorano inside.

Maria Flores is the victim's sister. She lives in the home in front of the property.

She says when her little brother came back from Vietnam, he was changed forever.

He suffered from PTSD and wanted to isolate himself and live alone.

A disease forced doctors to amputate both of his legs. Then, Flores says he started smoking cigarettes.

Two years ago, his smoking caused a small fire that they managed to put out.

Fresno Fire's Jonathan Lopez says while the cause of the fire has not been released, he stresses the importance of making sure your home is safe from a fire before it's too late.

"It's especially important for folks who have mobility issues to do everything they can to make sure their home is as fire-safe as possible," he said.

He reminds you not to overload extension cords, don't not use open flames for lighting and make sure you have a clear path available to get out of your home in case of a fire.

"There are no indications that this dwelling had any working smoke detectors or carbon monoxide alarms, and those are vital for keeping people inside the home safe and for early detection in case of an emergency, so they can evacuate," Lopez said.

The cause of death has not been determined by the coroner and the cause of the fire is still under investigation.

They have ruled out arson and are leaning toward this being accidental.