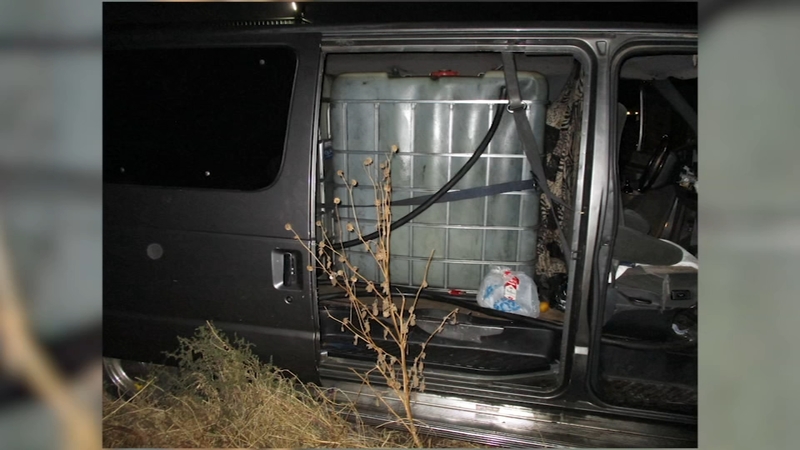 Officers found this van parked in front of a semi-truck near Enterprise Drive and Commerce Way last week.

They could see two 330 gallon tanks inside, along with two men who were pretending to be asleep.

Police eventually convinced the suspects to open the door.

They found both tanks and three 55 gallon barrels were all filled with diesel fuel.

The semi-truck next to the van had its fuel tank open.