Valley DJ uses his talents to inspire others with special needs 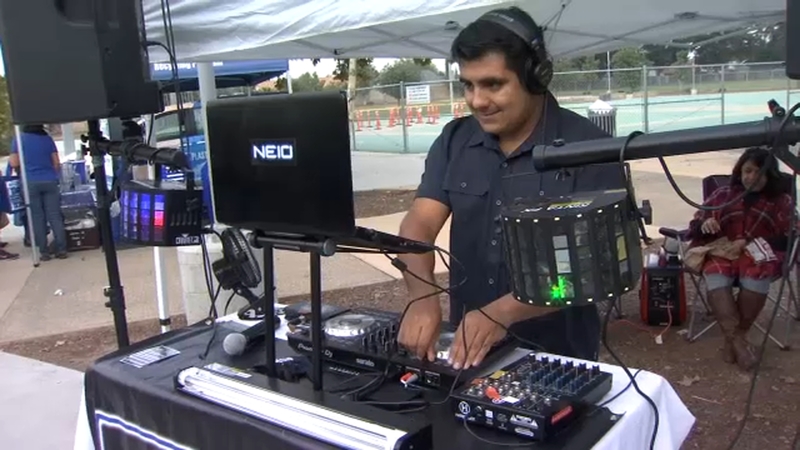 Valley DJ uses his talents to inspire others with special needs

FRESNO, Calif. (KFSN) -- If you've been to a party in Fresno, chances are you've seen Valley native Diego Vargas or DJ Ne10 on the 1s and 2s.

Vargas says growing up, music allowed him to channel his strengths.

"There's a range of different problems you can get as an autistic person. With speaking, with hearing, with cognitive skills, problem-solving, anything that has to do with critical thinking," he says.

Diagnosed with ASD (Autism spectrum disorder) as a child, the now 22-year-old says his love of the art started with playing the saxophone in elementary school, a talent he carried into high school marching band.

"Now the new instrument is the computer. I'm using FL studio to make the music instead," Vargas says.

It's inspired by DJs like Tiesto and Armin Van Buren.

Now, DJ Ne10 creates his own music and performs at parties and most recently, the City of Fresno's District 3 fall festival.

"I love the fact that I created something that they are dancing to. It's such a great feeling," Vargas says.

It was Diego's love of music that inspired his DJing career but it was his experience with the Roosevelt High School theater department that set him up for success as an audio engineer.

For the last two and a half years, Diego has done everything from sound checks to creating an ambiance for mass at New Life Baptist Church.

His uplifting and inspiring sounds represent what he wants to be for others in the special needs community.

"There's so much as to what you can do. There's many resources not just with the internet but with society, networking," Vargas says.

Diego is currently studying audio engineering at Fresno City College with aspirations of working in a studio or stadium.