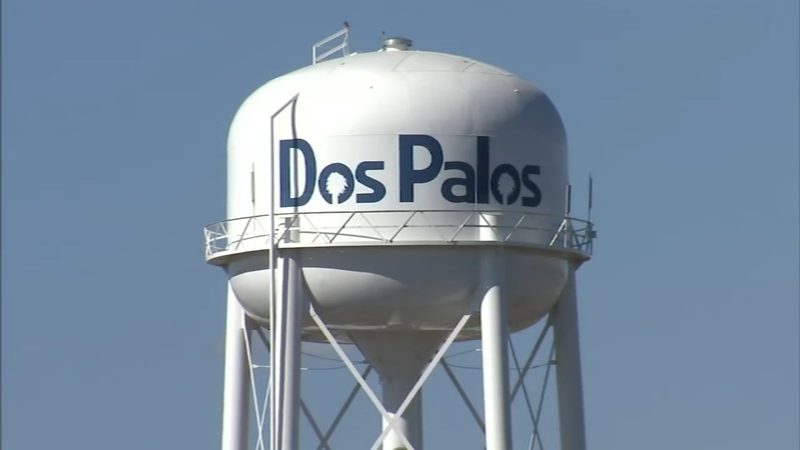 DOS PALOS, Calif. (KFSN) -- The City of Dos Palos is shutting down water for its residents for at least three days to treat after its water treatment plant became clogged with algae.

The city says water is currently being used faster than it can be treated and sent out, so residents should prepare for water to stop flowing.

"We have a water shutdown that was caused by a concentration of algae that came into our system from the California Aqueduct and we are trying our best for many days to keep that rolling through our system but it finally clogged our system to the point where the filtration system came to a halt," says city manager Darrell Fonseca.

Dos Palos is preparing to install a temporary filtration system and is now adding additives to the raw water coming into the plant to reduce the algae.

"We can't even wash our hands at this point. We can't wash our clothes, can't wash our dishes; it's scary being in a pandemic but now being without water - what's a mom to do, what's a person to do?" says resident Jackie Cipriani.

Adds another resident, Karla Wallace: "It will be like camping in our own house while we pay for water."

The city receives its water from a pipeline connected to California Aqueduct, located about 18 miles away.

The water coming through the aqueduct is seasonally high in organic content, including algae, and treating this water takes longer.

Dos Palos wrote in a Facebook post that the temporary filtration system would help the plant process the water faster.

The city is requesting assistance from the City of Merced, Merced County, and the City of Gustine for shipments of water supply.

Officials hope to have a shipment of water flats by Tuesday morning.

"Those people who have medical issues need to contact City Hall and see if we can get people to help them with their water situation," says mayor April Hogue.

The city says it does plan on making concessions for those making water payments during the shutdown.
The city says it could not give advance notice of the water shut off because "the situation evolved quickly".

Last week, Action News spoke with several city officials, who said crews were working around the clock to keep the water pumping into their plant and troubleshoot any obstacles due to the algae problem.