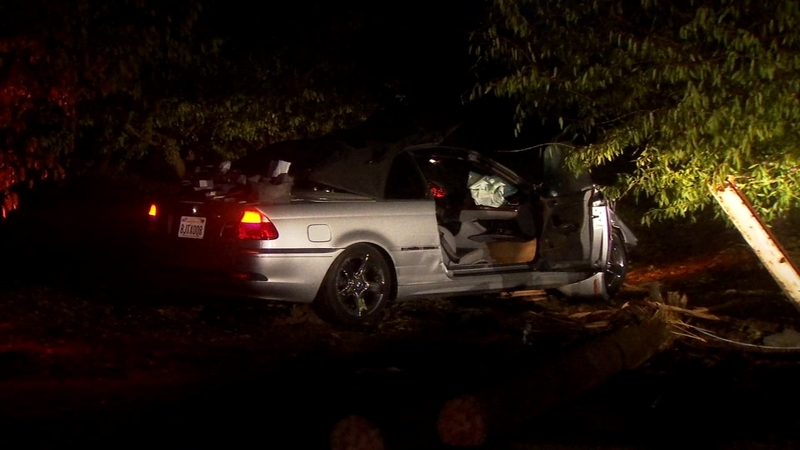 FRESNO, Calif. -- A man was arrested after leading deputies on a high-speed chase, which ended in a crash in Fresno County.

The chases started on Olive Avenue and Valentine just after 11:30 p.m. when deputies made a traffic stop.

As they tried to talk to the driver, the car took off, and a pursuit began, getting up to speeds of about 95 miles per hour. The suspect lost control of his vehicle as he approached Garfield at Olive.

"The vehicle failed to stop at the t-intersection and crashed into a power pole, knocking it over and rest in a field," said Sgt. Tim Juarez.

The driver suffered minor injuries and was taken to a nearby hospital.

Deputies say he was on probation and driving with a suspended license.