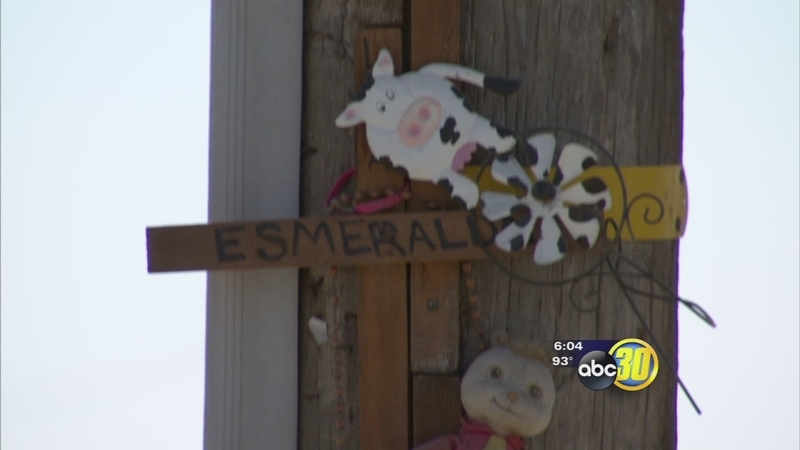 FRESNO, Calif. (KFSN) -- The Fresno woman accused of running a stop sign and causing the accident that killed a mother and her four children pleaded not guilty to manslaughter Wednesday.

Isaac, Nikko, Esmeralda, Jada and Breanna. Five lives lost when a driver ran a stop sign and crashed into their SUV. Juana Bejarano-Martinez was the driver.

"She's very sorry for what's happened," said her defense attorney, Sam Salhab. "She knows she can't imagine what the father is going through."

Joe Saucedo watched it all happen as his family was torn apart. Driving right behind his wife, he saw the crash and the fiery explosion that followed. Saucedo tried to save his family, but couldn't penetrate 15-foot tall flames to reach them. Now, the attorney for Bejarano-Martinez is pointing to the explosion as her defense.

"I think that explosion is more responsible for the death of the children and the victim than Juana was," Salhab said.

He says the explosion wasn't what you'd expect after the type of collision, so his client doesn't deserve all the blame. She wears a patch over her right eye, but Salhab says it doesn't affect her driving and she hasn't had a ticket in 25 years behind the wheel, following speed limits and other laws to a tee. She can't explain why this one time, she didn't.

"She doesn't remember getting into the collision," Salhab said. "She remembers approaching the stop sign and that's the last thing she remembers. She was hospitalized for five days as a result of the accident."

Salhab says Bejarano-Martinez has a green card and auto insurance, but she never got a driver's license for fear of jeopardizing her residency status. Now, a felony conviction could lead to her deportation.

ABC30 legal analyst Tony Capozzi says blaming the explosion instead of the driver may work with a jury, but ultimately, Bejarano-Martinez bears some responsibility.

"But for this accident, there wouldn't have been an explosion," Capozzi said. "That's going to be what the prosecution is going to say. So all in all, I think she started the cause and effect of the death of these people."

Salhab is hoping to have the charges reduced to misdemeanors, but for now Bejarano-Martinez faces the possibility of more than 15 years in prison.