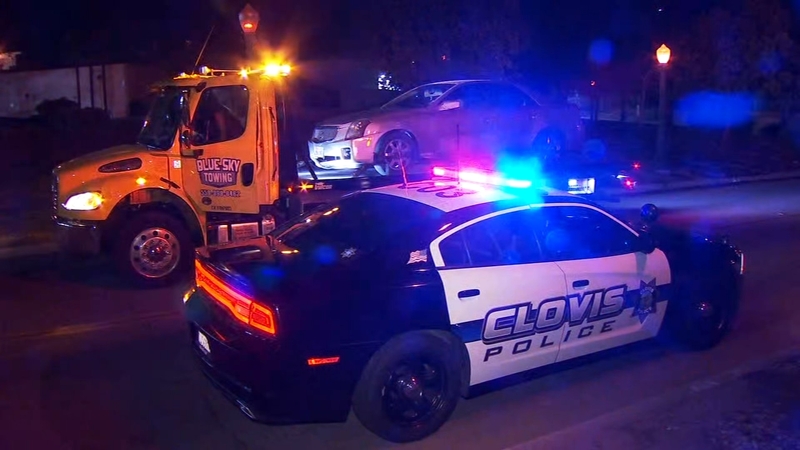 FRESNO, Calif. (KFSN) -- A man was arrested after leading police on a chase that went from Clovis through Fresno County and ended in Fresno on Thursday morning.

It started after 1:00 am at the Holiday Inn on Shaw and Helm avenues in Clovis.

Investigators say a man in his 40s was wanted for violating a domestic violence restraining order.

As police approached the man in a silver Cadillac, he sped off.

Clovis police officers chased him with the help of a CHP and AirOne helicopter that followed the car as far west as Rolinda in Fresno County, then back to Clovis and into Fresno.

At times, the helicopter reported the car reaching speeds of up to 130 miles per hour.

Officers were able to catch up to the vehicle at a home on Cornell & Wishon near Fresno City College.

"Officers surrounded the residence and on the PA, called the subjects out, and ultimately the subject who was driving the vehicle came out and surrendered," said Clovis Police Sgt. Jared Binford.

The suspect knew someone that lived in the home, according to police.

He is in custody, facing two counts of felony evading and violating a restraining order.