The man led officers on a high-speed chase that went through several Clovis streets and into Tarpey Village.
KFSN 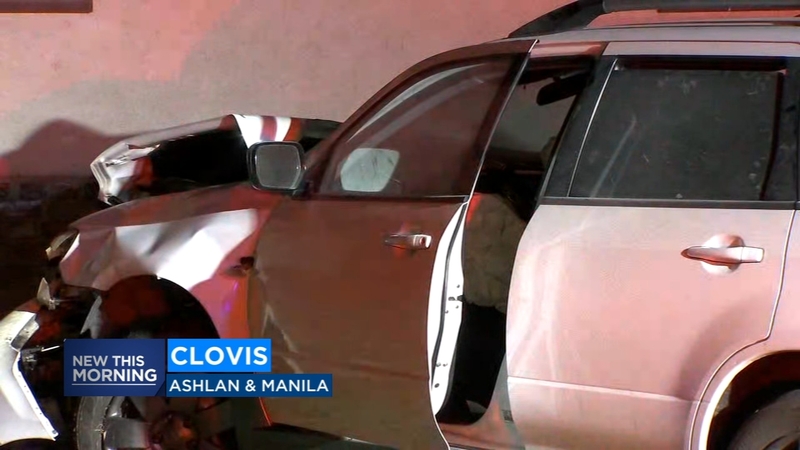 FRESNO, Calif. (KFSN) -- A Fresno man was arrested after leading police on a chase through Clovis on Tuesday night.

Clovis police were investigating a drug deal at Clovis and Barstow Avenues around 10:30 p.m. when 40-year-old Jovanni Thomas drove off in a Mitsubishi Outlander.

Thomas led officers on a high-speed chase that went through several Clovis streets and into Tarpey Village.

Both vehicles ended up in the front yard of a home on Ashlan and Manila Avenues.

Officials say Thomas tried to run away but was caught with a Clovis K9 officer's help.

Police say he had two teenage girls with him at the time of the crash.

"At this point, we're not sure the involvement of the juveniles that they were with him. They were not supposed to be with him, according to family members," said said Clovis Police Lt. Joshua Kirk. "We still have to investigate further to find out what their actual involvement was, whether they were victims, or if there was something further going on."

Three people were in the Toyota Camry at the time of the crash.

Thomas and the driver of the Camry were taken to Community Regional Medical Center in downtown Fresno.