Fresno police arrested a man accused of slamming his car into a northwest Fresno home after leaving a car crash scene.
KFSN 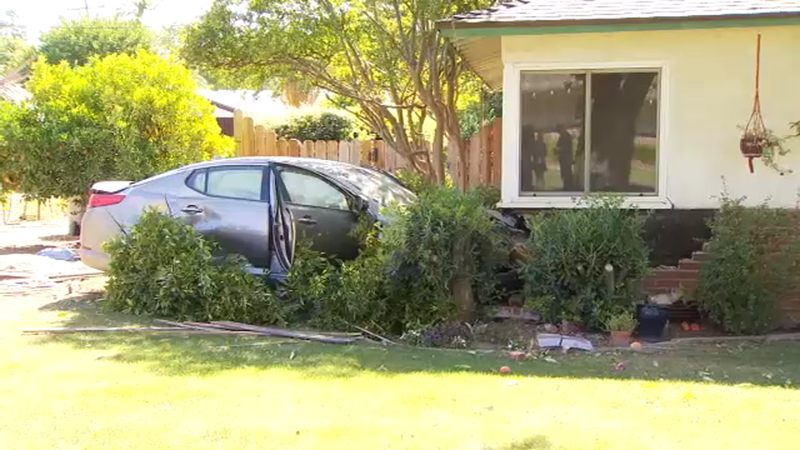 Authorities say it started when the suspect hit another vehicle on Blackstone and Barstow Avenues on Wednesday morning.

The person in the other car pulled over, but the suspect drove away, according to police.

Investigators say the victim called 911 and started following the man.

The suspect ended up crashing his vehicle into the side of a house at the corner of Del Mar and Indianapolis Avenues.

Police say he tried to run from officers but was found in the backyard of another home about a block away and taken into custody.

Fresno police say the driver was found to be intoxicated.