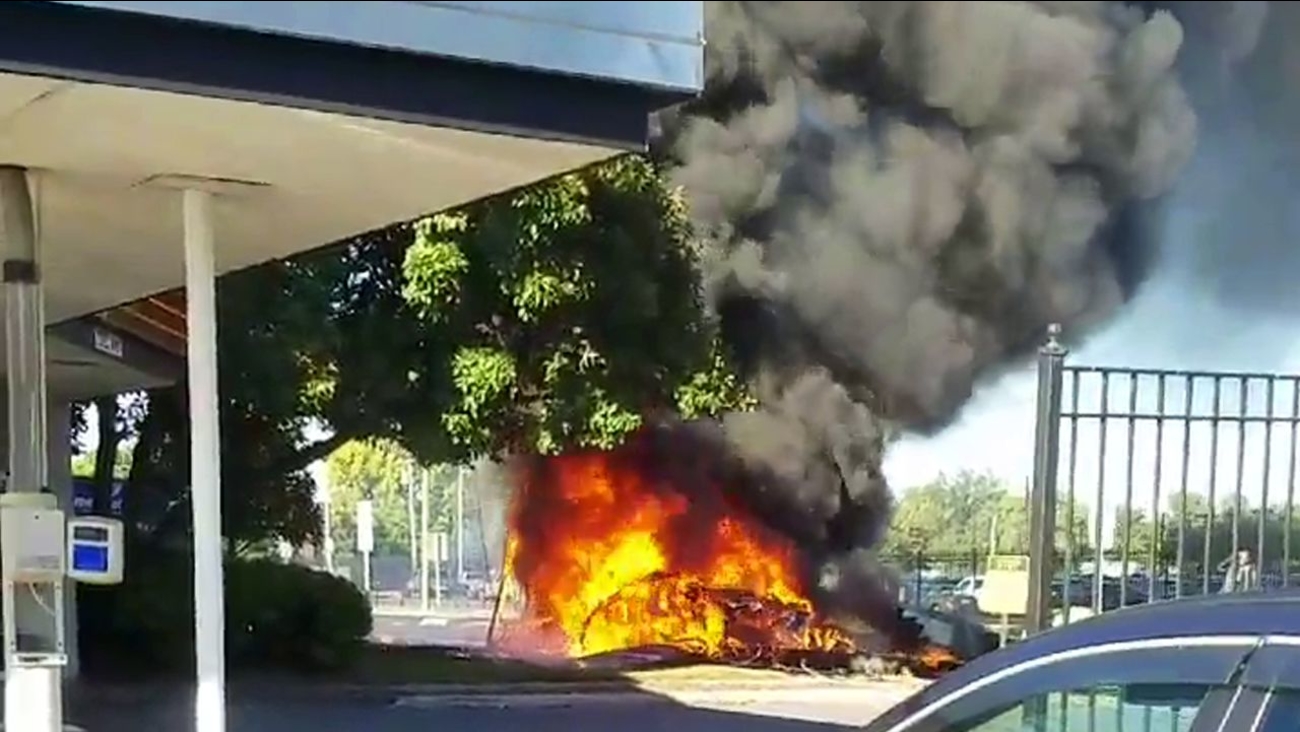 EAST HARTFORD, Connecticut -- Authorities said two people were on board a small plane that crashed and burst into flames just before landing at an airport in Connecticut Tuesday afternoon.

The FAA said the Piper PA 34 aircraft went down on East Main Street in East Hartford at about 3:40 p.m.

"The aircraft was on final approach to Runway 20 at Hartford-Brainard Airport," the FAA said in a statement.

Officials said the plane's pilot was taken to a hospital to be treated for injuries, and one person is unaccounted for after the crash.

Telephone poles and wires were knocked down in the crash, leaving about 500 without power.

Some roads in the area have been closed while police investigate.