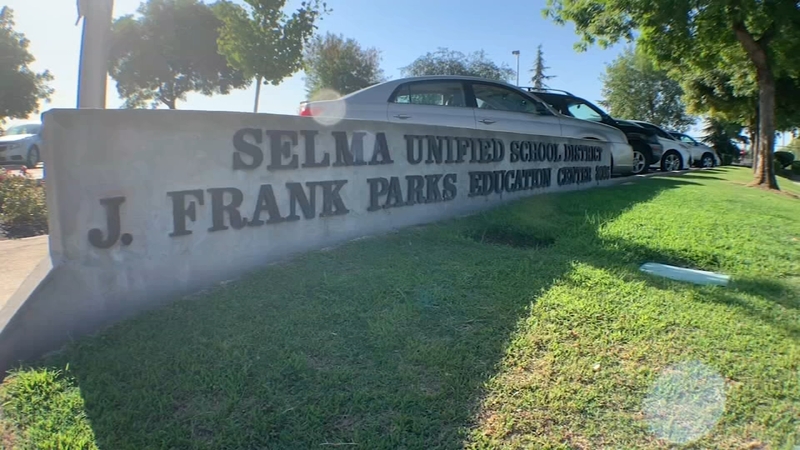 SELMA, Calif. (KFSN) -- The end zone may finally be in sight for the completion of Selma High School's much-anticipated football stadium.

The district had originally hoped for an August finish, but construction was delayed.

"It was an aggressive, optimistic timeline to begin with," explained Assistant Superintendent Larry Teixeira of the Selma Unified School District. "We have folks that are disappointed we missed our home football season."

The Superintendent's office says they weren't surprised the stadium was still under construction when that anticipated august 15th completion date rolled around.

"We did run into some issues during construction," Teixeira explained.

Construction started back in February, but between the wet winter, delays at the building manufacturer, and problems securing the field light footings into the ground the District is now on track for a November 15th finish.

"We're bringing Selma into the 21st century and preparing for beyond," said Superintendent Tanya Fisher.

If it's ready a little sooner? All the better.

"We're all keeping our fingers and arms crossed that we can make that first Kingsburg game because they're our big rivals and we want to beat Kingsburg for the first game in our new stadium," Teixeira continued.

"We have 2nd and 3rd generations who were formerly Selma bears," added Fisher. "Folks are really excited about having their children and grandchildren and future generations enjoy the stadium."