The state's power grid has come under strain amid a scorching California heat wave in recent days.
KFSN
By Alyssa Flores and ABC30.com staff 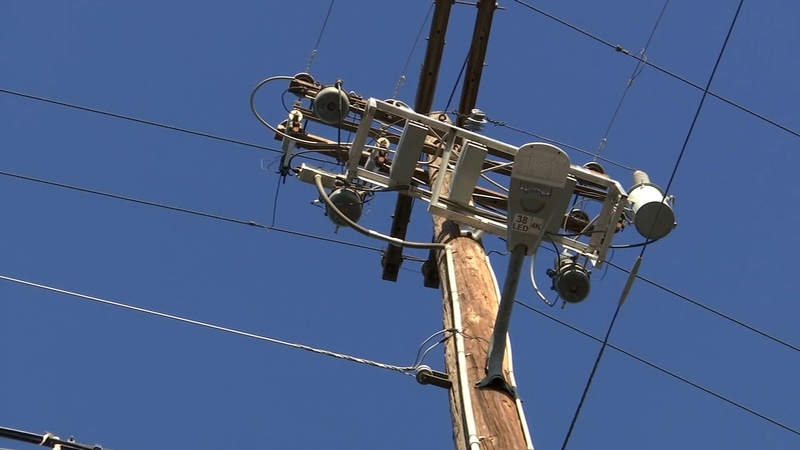 PG&E turned off power to about 200,000 to 250,000 customers in rotating outages for about an hour at a time until around 11 p.m. Other utilities were told to do the same.

Given Strain on Power Grid During Excessive Heat, PG&E Begins Rotating Power Outages at Direction of State Grid Operator- Outages Expected to Affect Approximately 200-250k Customers in Rotations of About One Hour Each - PG&E Is Not Calling A PSPS https://t.co/T6zB9U4pX2 pic.twitter.com/1JCCo5dO7f

Around 10,000 PG&E customers were also out of power in Fresno and Clovis on Friday night, but a PG&E spokesperson told Action News this was due to heat, not due to the rolling blackouts.

#OUTAGES: We are tracking outages for about 10,000 @PGE4Me customers in Fresno and Clovis. Power isn’t anticipated to be restored until after 10:30pm. @ABC30 pic.twitter.com/psh9dg7i4J

The California Independent System Operator (ISO) made the decision to carry out the outages on Friday evening, after declaring a Stage 3 emergency due to higher demand for power.

The California Independent System Operator (ISO) is declaring a Stage 3 Electrical Emergency due to
high heat and increased electricity demand. The emergency initiates rotating outages throughout the
state. https://t.co/43vSSVldNq

The state's power grid has come under strain amid a scorching California heat wave in recent days.

Temperatures around the state hit triple digits in many areas, and air conditioning use soared.

The National Weather Service has issued a heat advisory for Saturday and Sunday in the Central Valley. The hottest days of the summer are coming up, and temperatures are expected to near 110 degrees in the next 10 days.

PG&E says more heat-related outages are possible this weekend and even next week.

"For Fresno we see the highest impact starting on Sunday and it tapers off a little Monday and Tuesday returns on Wednesday," said PG&E spokesperson Denny Boyles.

The utility company says you can prepare by keeping cell phones and electronics charged up in the event of another outage.

An alternative: keep your vehicles gassed up in case you need to use the air conditioning in the car to cool down.

PG&E says keeping power use down during heatwaves could help to keep the power on for everyone.

The last time the state ordered rolling outages was during an energy crisis in 2001, when then Gov. Gray Davis declared a state of emergency after blackouts caused by the crisis left several hundred thousand customers without power.

ISO had issued a Flex Alert for Friday until 10 p.m., asking residents to conserve electricity.