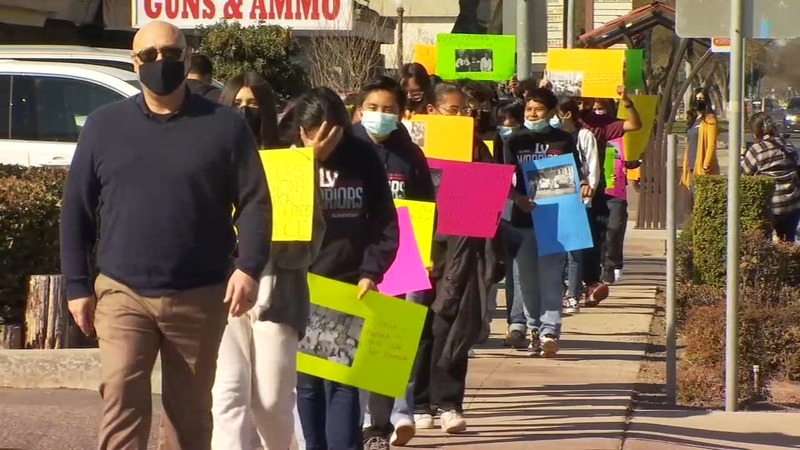 More than 60 students took to the streets of Madera holding up their hand-made signs about the tragic death of Emmett Till.

"It feels really great marching for justice and getting what Emmett deserves," says Christopher Tornero.

Last August, the two classes began a project called the Madera Method, focusing on the evolution of Jim Crow.

The students investigated several lynchings and discovered the murder of Emmett Till, a 14-year-old African-American.

He was brutally murdered in 1955 for allegedly flirting with a white woman.

Several days later, he was found in the Tallahatchie River.

The coordinator says the project allows students to live history outside of the classroom.

"We believe that if we allow students to participate in the glorious enterprise of doing history, we are all better for it," says Bill Coate.

An investigation into the death of Emmett Till was reopened in 2018, but the Justice Department recently closed the case investigation without additional charges being filed.

The students were stunned by the crime and shocked by fact the two grown, white men accused of torturing and killing Till were tried and found not guilty.

"It's important that we have history like this be known because if we didn't, people would just put it off as nothing is important," says Hasani Heard. "We have to put in details so people can understand how serious of a crime this was."

The students ended their walk on the steps of the Madera County Courthouse Museum.

They decided to correct the historical injustice by putting the killers on trial .

Students will prosecute the case, 12 members of the Black Students Union will serve as jurors.